When little was much 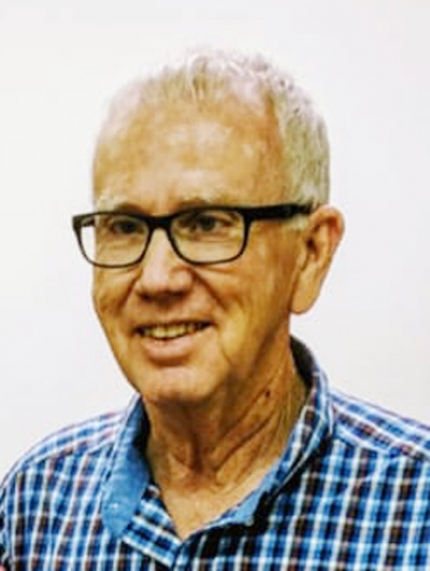 With all the modern conveniences coming at us so fast – things like cell phones, the internet and online shopping – it seems to me we are losing the joy of physically interacting with people.

When I go out to a restaurant, I see people looking at their phones instead of talking to each other. I’m sometimes guilty of doing it myself! This wealth of modern-day technical advances sometimes makes me remember fondly my growing-up days in the Grabeel community of Ozark County, when everything was so much simpler. Back then we didn’t have a lot, but we had each other.

Those were the days of no television and only an old, battery-operated radio we would all sit around together, intently listening to exciting stories such as “The Lone Ranger” and “The Squeaking Door,” among others.

I also cherish the memories of the nights when we gathered around the supper table, talking and laughing and enjoying each other’s company. And I love to remember the music parties at our neighbors’ houses, along with pie suppers and wedding shower parties where the groom passed out cigars and cigarettes and the bride passed around a bowl of candy. The couple would sometimes be worried that they were going to be tossed in the creek or the farm pond – which was a custom sometimes practiced back then.

I remember going to one particular community party where there was lots of pies and cakes – and an old granite water bucket full of Kool Aid with a granite dipper to fill your glass. In my memory, I can still see one old gentleman standing by the bucket with a big plate of cake in one hand and, with the other, drinking out of the dipper with a big smile on his face, enjoying himself immensely. (I also remember how that sight immediately took away my desire for a glass of Kool Aid.)

My mother belonged to a quilting club in our community when I was a boy. During the summer months, my friend and I would find out which house the quilters would be meeting at, and then, right at noon, we would magically show up. One of the ladies would say, “What are you boys doing here? Are you hungry?”

“Yes, we are! Glad you asked!” we would answer innocently.

“Well, you might as well come and eat, then,” the lady would say.

The table would always be loaded with food. Usually Mom would see me and say, “What are you doing here?”

”Oh, we were just in the neighborhood,” I would say as I carried a big plate of food away from the table, a wide grin on my face.

When I was growing up, my dad was a good friend of O’Dean Goodwyn, who owned the hardware store in Gainesville, and he finally talked Dad into buying a TV. It was big, heavy square box with a small screen. We could only get one channel. And since we were the first to own one in our community, friends and neighbors would come on Friday and Saturday nights to watch it. Saturday night wrestling was especially popular. I remember one elderly lady saying, “Look at their eyes. They almost look like real people!” Nobody could convince her the wrestlers were real.

“No!” she would insist. “They’re just drawings.”

When my brother Pete and I were reminiscing about those days recently, Pete said he had been so disappointed at what the Lone Ranger looked like on TV. Our hero wasn’t at all what Pete had imagined him to be after listening to all those “Lone Ranger” episodes on the radio for so long.

Soon, one by one, our neighbors bought TV sets, and gradually, the music parties and neighborly visiting became less and less. Then we finally got phone service in our community, a four-family party line. When we first got the phone, we might pick it up and it would be dead silent or sometimes we could hear a neighbor’s canaries chirping, indicating that someone had not hung up their phone properly. Or we might pick up the receiver and hear someone talking on it. Then we would have to ask to use the phone, if it was important, and the other folks would have to hang up so we could make our call. A lot of the time, the other folks probably picked up their phone again a minute later to listen in on our conversation and find out just what was so important!

The old party line wasn’t perfect, but it was such a luxury after having to go to the general store and make a call on the old crank phone there.

The world around us is changing so rapidly it’s hard for an old fellow like me to keep up with it. I have gone from traveling in a horse and wagon to watching humans travel to the moon in the space age.

Probably like all of you, I enjoy the modern conveniences that make life much easier. Still, it’s nice to remember those sweet days and dear people of my childhood in Ozark County, when little was much.