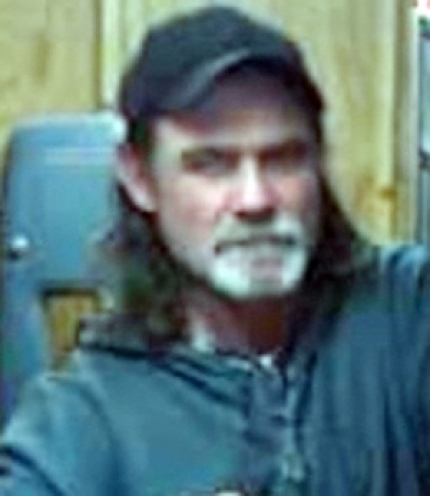 During his former years as a sheriff’s deputy, Dale Schofield arrested Todd Brown at least a dozen times. “He was constantly in and out of trouble,” Schofield said Monday. “Domestic, DWI, burglary, stealing, you name it. Many folks knew him as the town drunk. If you drove through Theodosia you might see him sitting beside the road somewhere. Most people avoided him because he was always wanting a couple of bucks.”

Given Schofield’s history with the troubled alcoholic, you might be surprised to know that Schofield also said this recently about Todd Brown: “He was my friend. And he had a heart of gold.”

On Monday, Aug. 27, Brown was found lying dead in a yard in Theodosia. His daughter, Patricia Brown, said the autopsy report blamed his death on a heart attack. He was found about 70 feet from a trailer someone was letting him live in for free, she said.

Schofield wouldn’t have been surprised to find Brown dead several times before. “I have found this man more than once sleeping out under pieces of plywood, old carpets and anything he could find to stay warm in the winter,” he wrote in a Facebook post last week. “He knew that few liked him and even fewer wanted to be around him. So he stayed to himself much of the time.”

Schofield remembers giving Brown a coat or a jacket at times. “And then, in two or three days, he wouldn’t know what he’d done with it. You can’t hardly help someone who won’t help himself,” he said.

But Schofield tried. He would occasionally ask Brown to come to his farm to help him in his woodworking shop where he makes bluebird boxes and other custom-made items. He bragged on Brown’s ability, describing a time when he showed Brown what he wanted him to do and then turned away to do his own work. Schofield thought he was simply being charitable; he didn’t expect Brown’s work to be useable. “But in no time at all he walked up beside me and laid down a whole stack of the best, perfectly cut pieces I had ever seen in my shop,” Schofield wrote in the Facebook post.

He and his wife, Karen, invited Brown – the man Schofield had arrested so many times – to stay in their home while he worked for them. “I thought we might get him to stay long enough to break him of the drinking habit, but two nights was about as long as he would ever stay,” Schofield said. “He would get shaky. He would cry. And he would say, ‘I need to go back to town.’”

Schofield would pay him for his work and drive Brown back to Theodosia. That’s when Brown’s heart of gold would reveal itself. “If he had $30 or $40, he would spent $8 to $10 buying himself a pint of some cheap alcohol and a pack of cigarettes. And then he would spend near all the rest of it on other people,” Schofield said.

Brown was a man with a heart of gold – but he had a head full of demons fueled by alcohol.

“When he was drunk he was always saying he was gonna whup someone,” Schofield said. “But it was all talk. And even when he was so drunk he couldn’t walk, he would open the door for someone – when he could.”

Like Schofield, Brown’s daughter, Patricia, tried to help him. “He could have lived with us. The only thing I asked was that he stay sober,” she said.

But that was the one thing he couldn’t do.

“He was an amazing man, an amazing dad,” Patricia said. “When he was raising my brother and me in Mountain Grove, he never touched an ounce of alcohol,” she said, repeating Schofield’s statement that her dad “had a heart of gold.”

But soon after Brown brought his family to Ozark County, his mother died, “and he got more and more into the alcohol then,” Patricia said. “Then, last Christmas, his dad died.”

And with that loss, the demons tightened their grasp, and the darkness closed in.

Patricia said the trailer where a friend let her dad live was near the home of his good friend, Mary Bias. His routine every weekday, she said, was to go to Mary’s house each morning to help her daughter, Kaylee, get on the school bus.

After his body was found Monday, Aug. 27, she said, “I know he got up that morning and was heading up to Mary’s to help Kaylee get on the bus. The autopsy report said he had a heart attack and went down.”

After Brown’s death on Monday, Schofield wrote about his friend on Facebook and asked “those of you who have a heart and claim to be a Christian to make a donation” to help pay for Brown’s final expenses. Schofield asked people to donate directly to Roller Funeral Home in Mountain Home, Arkansas, where Brown’s niece, Laura Davis-Ewry worked. “We need to raise $1500,” he wrote.

Within hours, the post had been shared more than 350 times. By Wednesday, the funeral home bill had been paid in full by callers who charged their gifts, small and large, to a credit or debit card, or mailed a check.

Then Schofield asked if people would help pay for a gravemarker – about $265 – and a burial plot at Isabella Cemetery, another $200. Within hours, those bills were paid too.

“There are some good people out there,” said Rob Collins, owner of Chaney Monument, describing how people responded.

Schofield agrees. He stands amazed at the number of people, most of them strangers, who stepped up to help. “Some of them lived states away,” Schofield said. “Most of them never even knew Todd.”

As tragic as Brown’s death is, Schofield believes there are many others out there, living around us, who struggle with the same demons – as many as 500 people in Ozark County, he estimates. “And what they need from us first is to know someone cares about them,” he says.

Now a pastor, Schofield officiated at the burial of Brown’s ashes Sunday in Isabella Cemetery.

“He was one of the Lord’s children,” he wrote. “I pray he had time to talk to Jesus before his passing.”

Todd Brown’s obituary is on page 8 of this week’s Times.