Remembering Philadelphia on the Fourth of July 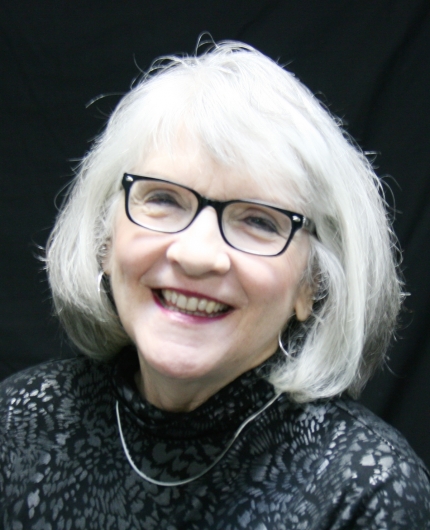 On the Fourth of July, thoughts of America’s history remind us of Philadelphia’s role as our country’s birthplace –  where the Declaration of Independence and the Constitution were signed. Thinking about Phila-delphia always reminds me of my visit there shortly after my husband, Dave, and I moved to New Jersey in July 1976 after we finished college.
America was celebrating its bicentennial that year, and Philadelphia, the heart of the bicentennial party, was just an hour’s drive from the little New Jersey town where we lived. I’ve always loved history, especially America’s history, and I was dying to go.
But in the days leading up to our visit, something happened.
The American Legion had held its annual convention that year at the Bellevue-Stratford Hotel in Philly in mid-July. Two thousand Legionnaires attended, according to online sources. After the convention ended, the Legionnaires went home ... and started getting sick.
And then they started dying.
As Dave and I drove to Philadelphia one Saturday in August, we heard on the radio news that another Legionnaire – I think it was the 23rd – had died. No one knew what was killing them, but it was apparently something they had picked up in Philadelphia. By the time it was all over, 182 cases of the strange “Legionnaires’ disease” had been reported, and 29 victims had died. (Months later, scientists linked the illness to bacteria that grew in the water tanks connected to the hotel’s air conditioning system.)
As much as I wanted to see Philadelphia, I lost my enthusiasm for visiting the disease-infested city. But Dave wasn’t having it. He pooh-poohed the idea that, just by going there, we could catch the deadly illness, whatever it was. In fact, he insisted that we stop by the Bellevue-Stratford to take a picture. I was sure we were enjoying our last days on earth as we walked through the huge, nearly empty lobby.
Then we headed to Philadelphia’s historic section, a national park where elaborate preparations had been made for the huge bicentennial crowds that were anticipated. But it, too, was nearly deserted. We parked in the first level of the new underground parking garage – one of just a handful of cars there, then we walked right up to the Liberty Bell, something I almost never got to do in many subsequent visits to Philadelphia, when long lines stretched through the pavilion.
Our next stop was Independence Hall, where, instead of waiting in line and going through the historic building with a group, we were greeting by a uniformed guide who gave us a personalized, in-depth tour the likes of which we never had again on later visits, when the crowds had returned.
As we moved through the now-air-conditioned building, our guide reminded us how hot it was outside that day – just as it had been in July 1776 when the Second Continental Congress met there to hammer out the declaration it was about to make. They probably wanted to open the windows to catch whatever breeze might have blown through, the guide said. But the windows were closed as the Continentals met, wearing their woolen suit coats and powdered wigs. They knew that what they were discussing would be considered treasonous to any Loyalists who might be eavesdropping. So they met with the windows closed – and surely they sweltered.
Next door, in Congress Hall, we saw the room where John Adams was sworn in as America’s second president on March 4, 1797. It was, our guide told us, the first time in history that a country’s power had changed hands without death or succession. As described on the nps.gov website, “This first peaceful transfer of power demonstrated the potential of the American experiment in democratic government.” And what an experiment it’s been!
For America’s bicentennial, Queen Elizabeth had visited Philadelphia and presented us with a wonderful birthday gift: a full-size replica of the Liberty Bell – without the crack. Unfortunately, the Bicentennial Bell had been installed in an enclosed tower in the new bicentennial visitors center, completely out of sight. But it rang twice a day for many years (until the bell was removed several years later and put into storage so the visitors center could be demolished. Online sources say a movement is afoot now to bring it out of storage and install it in a new home.)
When we heard the bell ring out over the historic park that day in 1976 and asked about it, a park employee shared its story, and I’ve never forgotten it. What a wonderful symbol it is of grace and friendship between two former enemies. It’s a Fourth of July story that’s summed up in the words embossed on the Bicentennial Bell:
For the people of the United States of America
from the people of Britain
4 July 1976
Let Freedom Ring