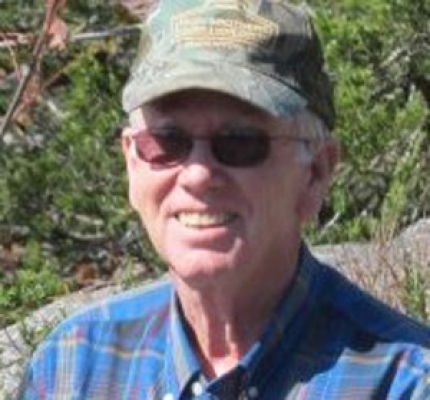 Last week, as I was looking out from my porch watching the crows flying about, calling out to one another, it brought back a memory from my childhood growing up on our farm in Ozark County.

As my friend Doug Robinson and I were out walking one Sunday afternoon, we came  upon two baby crows that had fallen out of their nest high up in an old cedar tree.

We took them home and raised them. Doug named his Inky, and I called mine Jim. We had so much fun with those crows perched on our shoulders with their wings flapping happily in the breeze.

Jim became a big hit with my family. My mother would pull out a chair from our kitchen table with an old towel over the back, and Jim would sit on it for hours, watching Mom working in the kitchen. She talked to him a lot, and when she would turn her back he would hop up on her shoulder and pull the bobby pins out of her hair.

The old-timers used to say if you split a crow’s tongue, it can talk. Well, I can tell you that would be cruel and totally unnecessary. We didn’t split Jim’s tongue, but he learned to say two words very plainly: hello and bye. He also learned to bark like a dog because we had a young pup that Jim loved hanging out with. When someone would drive up to the house, the pup would run out and bark at them, and Jim would happily hop along. In a short time he learned to imitate the dog.

One morning we were looking for Jim around the yard and couldn’t find him until I looked down in a deep hole that we were digging for a septic tank. There was Jim at the bottom. “Hello! Hello!” he called.

My uncle from Kansas came to visit us one evening and wanted to hear the crow talk. So, while Dad and I were milking he began walking around with the crow. When we had finished milking and were walking back to the house, my uncle said, “Elmer, I have followed this crow all over, and he won’t say a word. He just mutters to himself.”

Dad said, “You want to hear that crow talk?” Picking up a stick, he began walking toward the crow. With his wings flapping and his tail feathers quivering, Jim cried, “Hello! Hello! Bye!” –  much to the delight of my uncle.

Once when we let his wings grow out, he flew up in a big tree in our yard, and no amount of coaxing could get him down – until Mother brought a chair out under the tree and sat down. In less than a minute, here came Jim, fluttering down and landing on her shoulder, happily looking for bobby pins.

We only had Jim for a year. One warm spring morning, when other crows were flying and calling out to one another, Jim left us. He didn’t even say bye. We kept watch out for him that spring and summer, but he never returned. My hope is that Jim found a mate and started his own family. So many times when I see a crow I think of him fondly.

Jim is just one of so many wonderful memories from my Ozark County childhood. After many years of living away, I recently returned to the Ozarks. Now I live high on a hill overlooking my little hometown of Gainesville, and I especially enjoy seeing it at night when its lights are twinkling in the darkness like a little Christmas village. I hope to be spending the final chapter of my life with the people I love  in the place I love, my beautiful Ozark County.