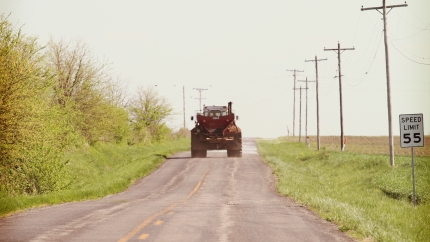 As political battles continue to rage around the country, a major ballot issue has been quietly gaining momentum here in Missouri. In November, voters here will not only be deciding whether to give Sen. Claire McCaskill a third six-year term; they also will have an opportunity to increase road and bridge funding for the first time since 1996.

Twenty-two years ago, the world was a different place. That year, Fox News Channel first went on the air, Michael Jordan won his fourth of six championships, Tickle Me Elmo was introduced and Mizzou still played in the Big 8 Conference. AOL was the primary gateway to the Information Superhighway, charging $40 a month for 19 hours of dial-up access.

And in 1996, the gas tax was set at a fixed 17 cents per gallon with no adjustment for inflation.

This lack of inflation adjustment has been helpful in some ways – it keeps taxes from rising on autopilot and potentially running away from true costs. But it also means Missourians need to periodically review it to ensure that the number still matches the reality of how much it costs to keep up what we have as well as build for the future. The purchasing power of that 17-cent tax is now less than half what it was in 1996 because inflation has eaten it alive.

The new proposal, Proposition D, would slowly increase the gas tax by 2.5 cents per year over a four-year period. This would amount to about $1.28 per month for the average driver in the first year, or about $5.10 per month at the end of the four-year phase-in. The first year’s increase would cost an average driver four pennies per day – less than most of us lose in our couch cushions.

An outstanding feature of how Proposition D is structured is that 30 percent of the funds would bypass state government and be given directly to counties and cities to spend only on roads and bridges. Each Missouri county and municipality would receive a boost proportional to its size.

The remaining 70 percent of the money would fund the Missouri State Highway Patrol’s budget. The money that had been funding MSHP’s budget is already constitutionally mandated to only be spent on the MSHP, on road and bridge funding or on the cost of collecting the gas tax. Politicians cannot dip into the barrel to pay for pet projects or rob Peter to pay Paul. Doing so would require approval by Missouri voters, which, frankly, would never happen.

Missouri Farm Bureau is supporting Proposition D due to the local control rural governments will have over the funds and the dire need to bring our funding up to date. The constitutional protections give peace of mind that the money won’t be wasted on turtle tunnels and shrimp treadmills. It will get Missouri’s infrastructure back to where it needs to be.