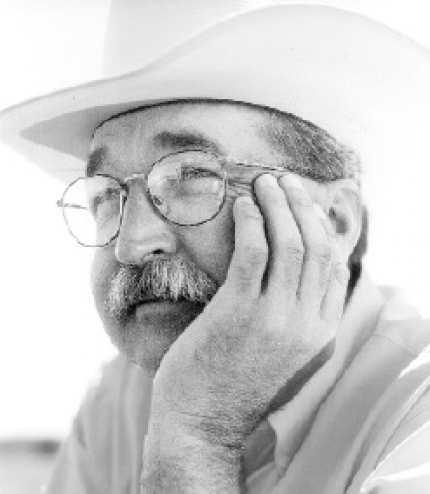 About three weeks ago my wife and I were sitting on the back porch, late one Sunday afternoon, when I noticed all the cattle in the north pasture running toward the woods as if they were being chased. Since they were running from the direction of the pond, I assumed some uninvited fisherman had spooked them, as has happened so many times before, so I hopped on the ATV to go and have a few words with the trespasser.

I found no one there and no obvious signs of what might have scared the animals.

Early the next morning, I was sitting on the front porch (I sit on porches a lot) when I observed the same bunch of cattle running from the woods toward the direction of the pond. As I continued to watch what was happening, I scanned the tree line in hopes of seeing the source of the problem. Then something small and black eased out of the forest and continued toward the cattle. Was it a dog? A weird-colored coyote? Was it the elusive panther I’ve heard about all my life? I ran into the house to retrieve my binoculars.

Breathless, I turned the focusing knob on the high-powered spyglasses, and the little, black blob began to take shape. Slowly but surely, I began to recognize the critter that had been causing all the commotion. It was … a goat. A coal-black billy goat with huge horns. Without a doubt, it was the ugliest goat I’d ever laid eyes on.

What the heck? There are no goat farms around here.

After breakfast, I began to canvas the neighbors, the coffee shop and the feed store. While I was surprised to discover that two of my neighbors did have some pet goats, no one was missing an ugly, horned billy. As I was returning home, I witnessed the homely creature easily slip through two more fences on his way to the neighbors’ farm south of my home. After I called to warn the neighbors of what was coming their way, the goat followed their horse into a corral – where they captured him.

While I was at the feed store, Amos, a friend and farmer from a few miles west of here, volunteered to take the goat if no owner was located. He came and loaded it in his trailer that afternoon and took the hideous creature to his farm, while making it known that he would keep it for a few days while everyone tried to find its rightful home.

A few days later, during an afternoon gathering at the feed store, one of the regulars brought up the subject of the billy goat. After debating all possible scenarios, the group surmised that someone had probably gotten tired of having the repulsive-looking goat for a pet and had simply driven out to our countryside and dumped it. In an attempt to be humorous, one of the old guys said, “Well, don’t that just get your goat?” And then it began.

Another one asked, “Do you think it was a scapegoat, or an escaped goat?”

Yet another one added, “You’ve goat to be kidding me.”

At that point, everyone rose to leave, and the first one out the door bleated, “Those puns are baa-a-a-a-a-a-d.”