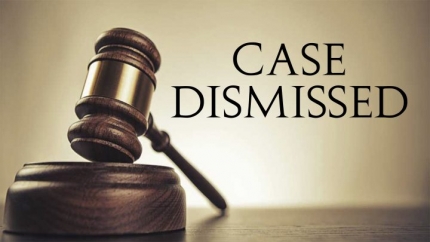 A preliminary hearing for Kevin Robinson, 28, of Gainesville, was held Nov. 28 before Associate Judge Cynthia MacPherson in connection with an incident in which Robinson was alleged to have stabbed  24-year-old Robert Chambers in Gainesville’s Town & Country Supermarket parking lot Oct. 21. At the conclusion of the preliminary hearing, MacPherson issued an order finding that the state had failed to present sufficient evidence to find probable cause that a felony had been committed. The case was dismissed without prejudice to refiling, meaning the case could be refiled by the prosecutor in the future. Robinson was dismissed.

Ozark County Sheriff Darrin Reed told the Times shortly after the stabbing that the alleged victim in the case was not cooperative with officers, making the investigation challenging.

“We’re still investigating, but it’s kind of hard to put a case together in a situation like this without cooperation from the victim,” Reed said. However, according to a probable cause statement filed in the case, another witness at Town & Country spoke with Ozark County Deputy Nick Jones and told the officer he saw Robinson stab Chambers.

Reed said officers were dispatched to Town & Country at 5:16 p.m. Oct. 21 after someone reported that a stabbing had occurred in the parking lot. When Jones arrived on the scene, he was told that the victim had been given a ride to the square, according to the probable cause statement.

Jones drove to the square, where he found the apparent victim with multiple stab wounds to the neck, chest and back. The victim reportedly told the officer that a fight broke out between him and a man he knew. The victim said he had had ongoing issues with the other man. He also  said that while the two men were fighting, the suspect pulled out a knife and began stabbing him.

The victim was taken by air ambulance to a Cox South Hospital in Springfield, where he was treated and later released.