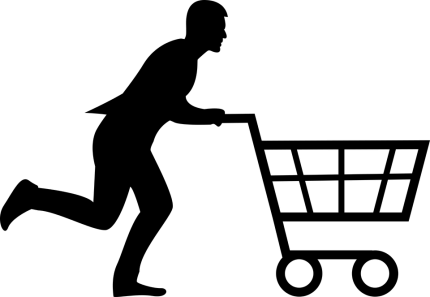 Seven additional people have been charged with theft in connection with allegations that they stole merchandise from Theodosia’s Dollar General store with the aid of former Dollar General employee Kenneth Smith. In addition to the defendants identified here, other suspects are expected to be charged in connection with the case, according to officials familiar with the case.
Smith, who is alleged to have approached multiple customers during his work shifts asking them to slip him cash in exchange for free merchandise, is represented by public defender Spellman Robertson. He is charged with felony stealing and was arraigned before Associate Judge Cynthia MacPherson March 13. He was originally being held on a $25,000 cash-only bond. During a March 27 hearing, he was allowed to be released with supervision by Court Probationary Services. He is scheduled to return for a criminal setting on June 12.

David E. Lee
David Edward Lee, 57, of Theodosia has been charged with felony stealing of $750 or more. He was originally arrested on a $2,500 cash-only bond and was released to be supervised by Court Probationary Services after formal arraignment April 24. A criminal setting is scheduled for June 12.
According to the probable cause statement prepared by Ozark County Cpl. Curtis Dobbs, video surveillance from the Theodosia Dollar General store showed Lee removing items from the store on 19 different occasions without paying for them between December 2017 and February 2018. The video footage reportedly showed Lee removing 17 full shopping carts, three bags, three tote bags, one trash can, two yellow baskets and miscellaneous handfuls of merchandise during that time without paying for the items. The total amount suspected to be stolen determined by the Dollar General Loss Prevention Department is in excess of $4,700 to $5,700, the statement says.
When Dobbs spoke with Lee on March 20 by phone, the statement says, Lee reportedly admitted to the officer that he did remove items from the Dollar General store with Smith’s assistance. Lee said he sold a vehicle to Smith for $400, and the two men had an agreement where Smith would allow Lee to leave the store with merchandise without paying in exchange for the money Smith owed him for the car. When Dobbs asked Lee how many times he left the store with stolen merchandise, Lee reportedly told the officer he “believed it was only four times.”

Georgette Reynolds
Georgette Reynolds, 53, of Theodosia was arrested in connection with a felony charge of stealing $750 or more that was filed against her. She was originally arrested on a $2,000 cash-only bond but was released on her own recognizance after being arraigned April 24. She is scheduled to reappear for a criminal setting June 26.
The probable cause statement in her case indicates that the video surveillance footage at the Theodosia Dollar General store shows Reynolds removing items from the store without paying for them on 21 different occasions between Dec. 5, 2017, and March 5, 2018. During the last transaction on film, dated 7:14 p.m. March 5, Smith reportedly hands cash from the register to Reynolds. The Dollar General Loss Prevention Department estimates the value of the items taken by Reynolds at between $2,600 to $3,900.
When Dobbs interviewed Reynolds on March 10, the statement says, Reynolds told him she did remove items from the Dollar General store with Smith’s assistance. She reportedly told the officer she knew it was wrong but went along with Smith anyway.

Nathan Daniel Stafford
Nathan Stafford, 41, of Theodosia was charged with a felony count of stealing $750 or more on April 10. He was originally arrested on a $2,500 cash-only bond but the warrant was withdrawn, and he was formally arraigned May 15. He is ordered to be supervised by Court Probationary Services and is scheduled for a criminal setting on June 26.
The probable cause statement in the case indicates that Stafford was shown on surveillance video forage at 7:55 p.m. Feb. 10 leaving the store with a full cart of merchandise without paying. Stafford is also filmed at 9:32 p.m. Feb. 17 leaving with another full cart of merchandise without paying, returning four minutes later at 9:36 p.m. with another person and leaving with two additional carts of items, the statement says. The Dollar General Loss Prevention Department estimates the value of the items taken by Stafford to be between $800 and $1,200.
When Dobbs spoke with Stafford on March 16, the defendant reportedly admitted to taking the items from the store with Smith’s help. Stafford reportedly told Dobbs it occurred twice when he had his children with him and once when another person was with him.

David Burks
David Burks, 49, of Gainesville pleaded guilty to misdemeanor level stealing in connection with taking items from the Theodosia Dollar General Store with Smith’s aid. He was given a suspended imposition of sentence and placed on supervised probation for two years.
Burks was reportedly filmed on surveillance video taking items from the store on five occasions between Dec. 7, 2017, and Feb. 10, 2018. The Dollar General Loss Prevention Department estimates the value of the items Burks took to be between $250 and $550.
Dobbs reportedly spoke with Burks on April 9, and Burks told the officer Smith approached him and told him he would give him a deal on the merchandise if Burks would pay him in cash. Burks said he’d bring the items to the register, and Smith would falsely act like he was scanning the items then hand them to Burks. Burks said he would give Smith $5 or $10 in cash each time, and Smith put the cash in his pocket.

Angel Reynolds
Angel Reynolds, 19, of Theodosia has been charged with stealing items valued less than $150 with no prior stealing offense, a class D misdemeanor. She was arraigned May 15 before MacPherson, and a plea hearing or trial setting is scheduled for June 26.
The probable cause statement in her case indicates that video surveillance shows Reynolds and another woman leaving the Theodosia Dollar General store at 7:37 p.m. Jan. 25 with a full shopping cart of merchandise without paying for the items. The Dollar General Loss Prevention Department estimates the cart full of items to be valued between $50 and $150.
Dobbs reportedly interviewed Reynolds on April 10, and the teen told the officer she did remove the items from the store without paying for them after Smith would allegedly “fake scan items” and then give them to her. She said she knew it was wrong but went along with Smith anyway, the statement says.

Johnathan D. Snelson
Johnathan D. Snelson, 17, of Theodosia, has also been charged with stealing of items valued less than $150 with no prior stealing offense. An arraignment hearing was held May 15 before MacPherson, and a plea hearing or trial setting is scheduled for June 26. Video surveillance reportedly shows Snelson leaving the Theodosia Dollar General Store at 8:31 p.m. Feb. 10 without paying for several items. The cost of the items is estimated to be less than $100.
When Dobbs spoke with Snelson on March 17, the teen told the officer that Smith approached him in August 2017 and told him he would let him leave the store with items if he gave him cash. Snelson also said he exchanged the cash for cigarettes with Smith at the Theodosia Bridge, Bullseye convenience store and other locations. Snelson said he would usually give him $5 or $10 cash in exchange for five packages of cigarettes. Snelson also reportedly said that Smith would accept marijuana cigarettes in exchange for items on two occasions in the store. Snelson said he received about $100 worth of items from Smith.

Kameron Stillwell
Kameron Stillwell, 24, of Thornfield was charged with misdemeanor level stealing in connection with taking items from the Theodosia Dollar General store. He was arraigned May 15 and is scheduled to appear for a plea hearing or trial setting June 6 before Circuit Judge Craig Carter.
The video surveillance reportedly shows Stillwell and a companion leaving the store without paying for items at 8:32 p.m. Dec. 22, 2017, and again at 8:16 p.m. Jan. 10. The Dollar General Loss Prevention Department estimates the value of the items take by Stillwell to be between $50 and $100.