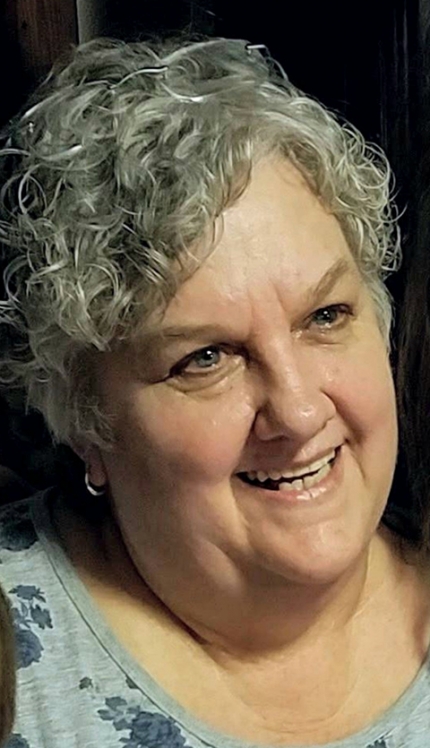 Judy Mae Donley Hambelton, 63, of Gainesville, passed away May 3, 2021 at Baxter Regional Medical Center in Mountain Home, AR. Since September she had fought illness and kidney failure, but did so bravely and humbly, continuing to enjoy time with family.

Born January 19, 1958 to Willis and Lucille Friend Donley, Judy was raised in Isabella, MO. She was the youngest of five children, Larry Joe, Joyce Faye, Danny Ray, Rex Roy, and Judy Mae (she loved to rattle them off just like that). To her dad and brothers, she was called “Babe.” Judy attended grade school at Lutie and graduated from Gainesville High School in 1976.

On June 26, 1976, Judy and Bruce Alan Hambelton were married by Jim Kyle at Liberty Baptist Church in Isabella. Their first home was in Isabella, then Thornfield for 28 years, and in 2006 they moved to their current home in Gainesville. Judy would say no marriage is perfect, but she and Bruce started young and only grew stronger as they got older. They were best friends and most people find it hard to think of one without the other, their names often mistaken as Juice and Brudy. They were solid and so much fun to be around together.

Judy stayed home with their three kids mostly, but also worked various local jobs. These included babysitting in their home, working at the Donley Feed Mill, milking with her parents for seven years, and running sale barn cafes in Ava and West Plains. From 2004-2019, Bruce and Judy started and ran the Gainesville Ag Supply. Since 2013, Judy drove a bus for the Gainesville School District until the day she became sick.

Judy’s most precious blessings called her MeMe and she adored spending time with those six grandbabies. Her favorite times were in houses tightly filled with family and friends, which included love, laughter, and the best food. She loved BIG, yet she had a gritty orneriness that also made everyone want to be around her. Judy was welcoming with both her fun personality and her amazing cooking skills. She made many favorites, but what topped the list was chicken and dumplings, red velvet cake, sale barn pies, roast beef for deer camp, cashew chicken, cornflake candy, and fried anything. Judy enjoyed gardening, trying new recipes, sewing, backroading with Bruce, checking her game cameras, fishing, hunting, spending time at the river, surprising her family with random QVC purchases, and just visiting with people. She knew no strangers wherever she went. Bruce and Judy also did some traveling, but her favorite places were here in Ozark County.

Judy is survived by her husband Bruce; daughter Heather Morrison and husband Marty, their children Blakely Jan, Kannon Stan, and Cutter Alan of Gainesville; daughter Julie DeVries and husband Jim, their daughter Wrenley Mae of Sparta; and son Alan Hambelton and wife Rebecca, their children Brooke Gwen and Gunner Alan of Gainesville. MeMe nearly always called her grandbabies using their middle names. She is also survived by her four siblings and a large, loving extended family.

She was preceded in death by her parents and in-laws Bill and Fern Hambelton, sisters- in-law Janice Lamar, Linda Donley, and Patsy Hambelton, and a niece Deanna Patterson.

Contributions may be made to the Patrick Cemetery.

This paid obituary is published as submitted by family.