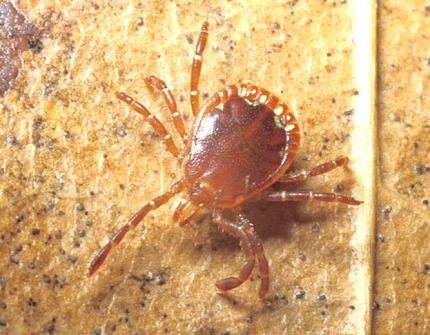 Most residents who live in Ozark County are very familiar with a specific creepy, crawly dreaded summer nuisance, the tick.

The Missouri Department of Conservation (MDC) and A.T. Still University in Kirksville are asking Missourians to save ticks they encounter and mail them to the university.

The ticks will be used for a new scientific research study to help better understand the statewide distribution of tick species and the human pathogens they carry.

The two-year research study, which runs through September 2022, aims to determine the presence of tick species throughout Missouri as well as the pathogens they harbor. Researchers will identify ticks by species and life cycle and test them for four species of bacterial pathogens.

“We need the help of many Missourians around the state,” said MDC ecological health unit science supervisor Matt Combes. “Partici-pation by many ‘citizen scientists’ is vital in helping us collect enough data at a scale unattainable by MDC and university scientists alone.”

To help with the research efforts, residents are asked to place each live tick in a plastic zip-top bag with a piece of damp paper towel or moist cotton ball inside. Residents should then fold the bag and place it inside another plastic zip-top bag with a completed sample-submission form, available to print at www.atsu.edu/missouri-ticks-and-tick-borne-pathogen-surveillance-research.

The bag and completed form should then be placed in an envelope and mailed to A.T. Still University, Attention: Deb Hudman - Dept. of Microbiology & Immunology, 800 W. Jefferson St., Kirksville MO 63501.

Hudman said that distribution maps will be provided and updated weekly on the A.T. Still University website at www.atsu.edu/missouri-ticks-and-tick-borne-pathogen-surveillance-research, where interested persons can actively follow the progress of the study over the next two years.

Combes added that there is a pressing need to increase tick surveillance in Missouri, develop statewide distribution maps of tick species and tick-borne pathogens and educate the public on reducing the risk of contracting a tick-borne illness based on that data.

In addition to those important factors, this research study could also help determine previously unknown or invasive tick species that are present in Missouri, he said.