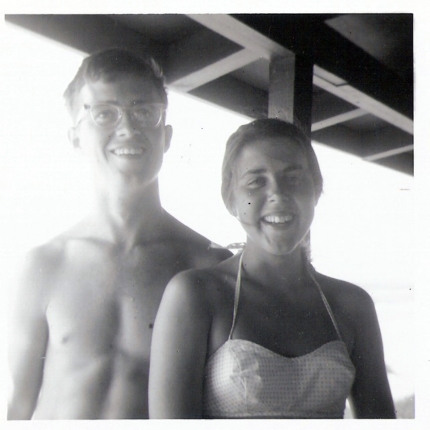 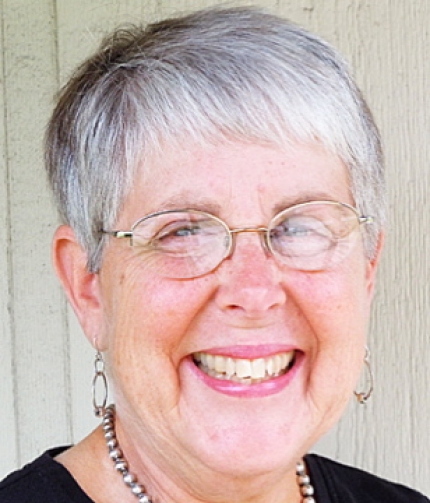 Sunday, I turned 74. One year away from three-quarters of a century. It was also my 52nd anniversary. Yes, I was married on my birthday. I thought it would make it easier for Andy to have only one date to remember rather than two. And he has never disappointed me!

When I was born in 1945, a good year, my family greeted me with much joy. Two boys, and then a little girl: me! I don’t think my dad ever quit smiling when my mom had me. He had so wanted a little girl. And I was it. Spoiled? Maybe just a little.

Those were happy years of making great memories growing up in a little town in Illinois.

Then I went away to college in Wisconsin. One day I was standing near the stairs in the library and saw a pair of work boots descending. Who in the world wore work boots in college in 1964? My friend introduced me to the lanky young man who was in her geology class. And the rest is history. I was smitten – from the first date at fraternity informals until he asked me to marry him...long distance. I was in Arizona. He was in Wisconsin getting ready to head out to Maine.

Talk about a whirlwind wedding! But thankfully it all came together.

The places we have been. Prospecting for asbestos for Johns Manville in Maine (my honeymoon). Back to Wisconsin to work in a foundry (Andy) and wait tables (me).

Then the Army called. Our first separation came while he took basic. Then to Augusta, Georgia, and Fort Gordon, where he took a year to become an Army medic. Then to Vietnam for a year, including a trip to Cambodia when I didn’t hear from him for two long weeks. I sat in front of the TV one night while the president announced that our troops had gone into that region...and I knew with heart-wrenching certainty that Andy was there too.

Long nights. Long days. But he made it home.

Then back to college. A few years of being an assistant at Western Illinois University in Macomb, and then we bought our farm in Oregon County, Missouri. Had a baby girl. Moved to the farm. Left there after two years. And here we are in Gainesville...or, rather, the outskirts of Luna...and going on 43 years! Amazing.

What have I learned in my 74 years? Always trust your heart. Say your prayers and go to bed with a clear mind and conscience.

And never forget to say I love you.