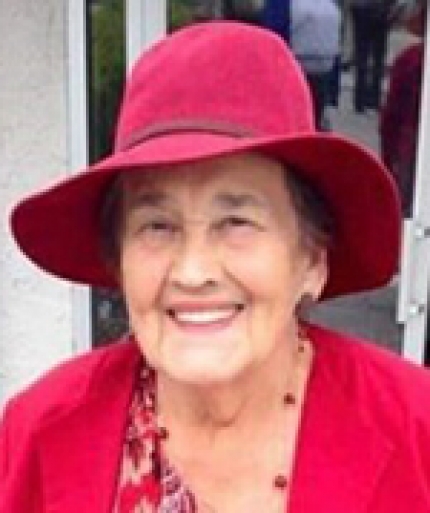 A memorial service for Norma Faye Nance Eslinger, 90, of Almartha, was held June 1, 2021, at Clinkingbeard Funeral Home in Gainesville. Mrs. Eslinger died Sunday, May 23, just 10 days before her 91st birthday.

She was born June 2, 1930, in Ozark County, the daughter of Vada and Albert Nance.  She was the youngest of their eight children and the last surviving. She graduated from Gainesville High School in 1948. Education was important to her, and she encouraged all her children to attend college and was willing to make sacrifices for that goal.

After high school, she went to Springfield and later to Kansas City, where she worked for the phone company. She returned home to marry Edward Eslinger in 1949, and they settled into farm life in Almartha. She continued to live on that farm until her passing. The marriage produced five children, Cathy, Karen, David, Steve and Mark; eight grandchildren, seven great-grandchildren, and one great-great-grandchild.

She drove the first school “bus” for Romance School – which was actually the family vehicle with a school bus sign attached. In it she transported all the neighbors’ children. She had large vegetable gardens and sold many bushels of corn. She helped raise commercial turkeys and chickens in their two broiler houses and also sold eggs and dressed turkeys for sale to local restaurants and neighbors. In later years, she kept a few cattle and managed her land.

She loved to cook and was famous in the area for her desserts and homemade rolls. No one ever left her house hungry. She could put a meal on the table with little to no notice.

She kept current with local and national news. She had strong beliefs and was not hesitant to share her feelings. She didn’t much care for doctors and took little to no medication her entire life. She liked to dress in fashion and rarely left home without doing her hair, and “fixing up.”

She surrounded her home with beautiful flowers. She knew how to handle a gun and was not hesitant to kill a varmint in her garden or yard.

She was a Christian and had a strong faith in God.

One of her greatest joys was visits from her family.

Memorial contributions may be made to Jackson Cemetery.