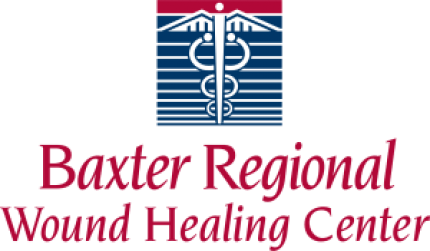 Baxter Regional Wound Healing Center in Mountain Home, Arkansas, has been honored with the Robert A. Warriner III Center of Excellence award, which is given to wound-care centers that have met the highest level of quality standards for a minimum of two consecutive years.

The award, presented by Healogics, the nation’s largest wound-care management company, is named for Dr. Robert Warriner, a pioneer in wound care and hyperbaric oxygen therapy. Across the country, 334 centers were eligible, and 169 centers were honored with the 2017 award, based on the centers’ key performance indicators for 2016.

The criteria for the award are based on distinct quality indicators, patient satisfaction rates higher than 92 percent, a healing rate of at least 91 percent in less than 31 median days along with patient outlier rates below 19 percent.