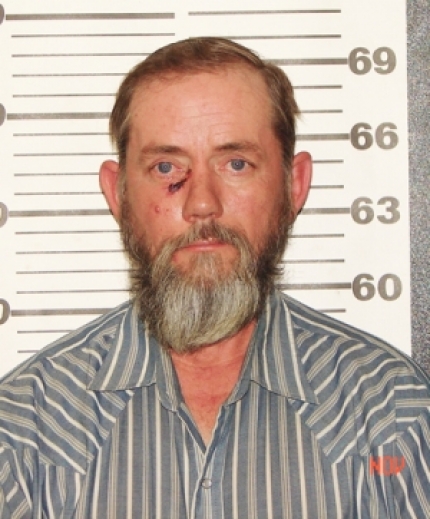 Jerry Studdard, 52, of Wasola is scheduled to be arraigned before Associate Judge Cynthia MacPherson Nov. 14 on charges of forcible sodomy/deviate sexual intercourse by forcible compulsion and two counts of statutory sodomy. The allegations against Studdard include sexually engaging multiple children from 2007 until October 2017. Studdard is currently being held in the Ozark County Jail on a $100,000 cash- only bond. At presstime Tuesday, he was still in custody, according to a jail official.

According to the probable cause statement in the case, a 21-year-old woman contacted Ozark County Deputy Curtis Dobbs on Oct. 13 and told the officer she wanted to report that she had been repeatedly sexually abused by Studdard beginning in 2007 and continuing for 10 years into 2017. The woman, who is part of a large family that includes several siblings, told officers about several specific incidents that occurred during the 10-year span in which Studdard touched her genitals and breasts, with the contact becoming worse as she matured. The woman said she witnessed the same thing happen to her now-18-year-old sister, and her 14-year-old sister told her in September that Studdard had also sexually abused her.

The reported abuse described in the probable cause statement occurred at Studdard’s Wasola home and in Studdard’s semi-truck when he would bring the girls with him on longer trips, the report says.

After taking the report from the woman, Dobbs contacted a 24-year-old sister, who told the officer she had witnessed Studdard abusing two of her sisters. The 24-year-old sister said that Studdard had also forced her against a wall, pulled down her pants and kissed her in 2008, when she was 15.

Dobbs also contacted a 25-year-old brother of the women, who said that in 2009 he followed Studdard into a barn where he had gone to discipline the man’s sister, who was 13 or 14 at the time. The man said he saw Studdard press himself up against the girl, who had on no pants or underwear. The man said he was recently made aware that his 14-year-old sister was being abused also, and when he asked the girl if Studdard was touching her, she began crying and told her brother that Studdard had abused her.

Both the brother and the 24-year-old sister told the officer that they had told Studdard’s wife about the abuse. The sister said Studdard’s wife would not interfere. The brother said the wife told him the abuse would end, and she had corrected the problem with Studdard.