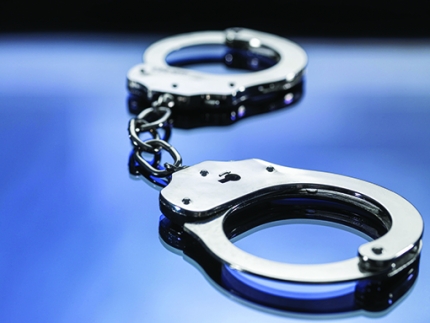 A warrant with a $1,500 cash-only bond has been issued for Alton resident Michelle Wilcox, born in 1984, in connection with a case filed last week in which she’s charged with possession of methamphetamine.

According to the probable cause statement in the case prepared by Missouri State Highway Patrol Trooper N. Vines, the officer was sitting in his patrol vehicle on Kraig Drive in Theodosia around 11 p.m. Oct. 20, 2021, when he was an orange 2012 Dodge Avenger traveling westbound on Highway 160. The car was displaying truck license plates instead of plates for a passengers car, the statement says. The officer initiated a traffic stop.

The Dodge car pulled into a private parking lot near Highway 160 and John Wesley Drive. Wilcox was driving the vehicle.

Wilcox handed the officer her proof of insurance and told Vines that her driver’s license was expired. The officer asked her to sit in his patrol vehicle while he entered her information into a computer program.

“While conducting the task, Wilcox appeared nervous by her performing self-grooming gestures, and she had varying degrees of voice inflection while speaking,” Vines wrote in the report. “Wilcox re-arranged her hair, scratched her nose multiple times and scratched her right knee.”

The computer program indicated that Wilcox’s driver’s license had expired eight years before on July 22, 2013, and the registration/license plate belonged to a 2006 Chevrolet pickup.

“While searching the Dodge, I located Wilcox’s purse in the front passenger seat. Inside the purse, I located less than 10 grams of marijuana in two plastic baggies and a glass smoking device containing burnt marijuana residue. I located a small blue and white cloth fabric pouch on top of a back pack in the rear driver’s side floorboard. Located inside the pouch was a glass smoking device containing a grey residue that resembled smoked methamphetamine, a glass tube with white crystal substance residue on the inside and a small plastic baggie containing a white crystal substance that resembled methamphetamine…”

Vines returned to the patrol vehicle and asked Wilcox to step out of the vehicle. He placed her in handcuffs and told her that she was under arrest. At 11:31 p.m. that night, she was transported to the Ozark County Jail.

She was booked and released pending the results of official drug testing through the MSHP crime lab.