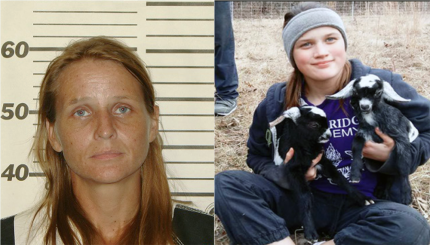 Rebecca Ruud is now set to stand trial March 7, 2022 for the 2017 alleged murder of her 16-year-old daughter Savannah Leckie and the disposal of the girl’s body in a burn pile on Ruud’s off-the-grid farm near Theodosia.

Ruud has requested a bench trial, which will be held before 31st Judicial Circuit Judge Calvin Holden. The trial will be held in Greene County, where Holden holds most of his proceedings.

The case, now four years old, has had a strange and difficult path forward with complications that have caused the setting and cancellation of eight trial dates so far. The most recent setting for March will be the ninth time the case has been scheduled for trial.

The case was transferred on a change-of-venue motion from Ozark County to Taney County early on in the proceedings, and Holden was assigned to the case.

Holden held a virtual meeting Monday with the prosecution team, which consists of Ozark County Prosecuting Attorney John Garrabrant and Assistant Attorney General Tony Brown, after the Missouri Supreme Court handed down a decision on a key piece of evidence. The evidence in question is a recording device that Ruud reportedly used while talking with two Missouri Public Defender employees about her then-expected charges. Ruud reportedly gave the recording to her co-defendant and husband Robert Peat Jr., who offered it to the prosecution team last year when he became a cooperating witness for the state.

The case began when Ruud called the Ozark County Sheriff’s Department on July 20, 2017, to report that her daughter had vanished in the middle of the night. Ruud reportedly said she’d seen Savannah when she went to sleep at 11 p.m. July 19, but the girl was gone when Ruud awoke at 8 a.m. the next morning.

In response to the report of the missing girl, dozens of first responders, law enforcement officers and volunteers searched for Savannah for several days. One local resident flew over the area in his private plane trying to find her.

On Sept. 20, 2017, an Ozark County grand jury indicted Ruud and Peat on charges of first-degree murder, second-degree murder, abuse or neglect of a child resulting in death, abandonment of a corpse and tampering with physical evidence in a felony. Ruud has been in custody since then, but Peat was released on his own recognizance in July 2018. Peat’s next court appearance isn’t scheduled yet and probably won’t be set until after Ruud’s trial.