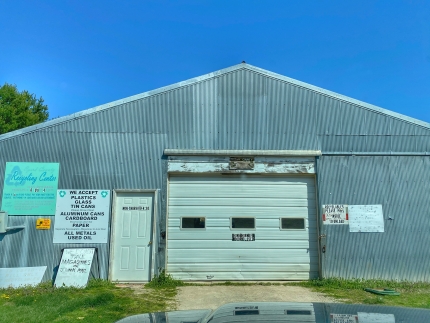 Eastern District Commissioner Gary Collins says the price of recycling is overall doing better than it once was, relieving some costs for the Ozark County Recycling Center.

“Cardboard, newspaper are good, but glass and plastic is not real good right now,” Collins said.

The commissioners had to stop the processing of “slick paper,” Collins said, because so much of it was being brought to the center and there was no business willing to buy the material.

“We were having to pay to haul it all off, and we can’t do that. So, I put a stop on that,” Collins said.

The commissioners say they get a lot of residents outside Ozark County using the recycling center, which puts a strain on the center.

“We’d very much like to see Douglas County get a recycling center up there at some point. I think they have the need for it. We have a lot of Ava people bringing things here,” said Presiding Commissioner John Turner.

The recycling center is operated by the county. Collins says the center receives grants to pay for equipment and most, if not all, wages for the two employees. That paired with the money the recyclables are sold for almost completely pays the operational costs for the center.