Ozarks women on the homefront during WWII 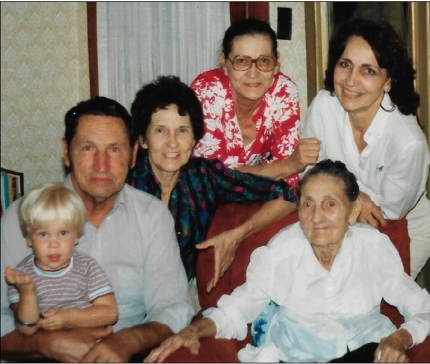 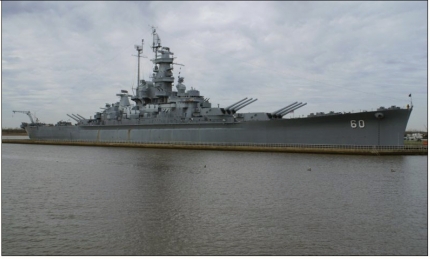 Editor’s note: This story by Dora resident Gina Hollingshad about her husband’s “Rosie the Riveter” relatives is adapted from the December issue of the Old Mill Run, continuing our Veterans Day salute not only to veterans but also to civilians who served during wartime in the defense industry.

The world was shocked when Pearl Harbor was bombed on Dec. 7, 1941. President Roosevelt declared war and urged all Americans, men and women, to help with the war effort. Thousands of men went off to war, and there was a desperate need for workers to build planes, ships and weapons here on the homefront. About six million women proudly took on the challenge.

A movie star met one of these women, Rosie Will Monroe, when he was taking a tour of the Ford Motor Company aircraft assembly plant. Rosie was asked to star in a government film promoting the war effort. Norman Rockwell then created an image of “Rosie the Riveter” to grace the cover of the Saturday Evening Post.

Here in the Ozarks, many women also stepped up to assist in any way they could. Ruth Hollingshad, 17, and her sister Opal, 19, were two teenage sisters who seized the opportunity for an adventure. They were two of the seven children of Lonzo and Mae Hollingshad who lived in the Howell-Ozark County area. Ruth’s two oldest brothers, Noel and Joe, were drafted and hauled off to boot camp.

The government-funded training camps for women, much like boot camps for the men, where students could choose the technical training they wanted. The schools were called NYA (National Youth Association) schools. Students could choose training for iron, steel, sheet metal or woodwork and airplane assembly. Graduates of the schools went to all parts of the country, wherever their skills were needed.

Recruiters went to high schools and held assemblies to persuade young ladies to help the war effort. “We were told to go home and tell our parents and get permission to enroll,” Ruth said.

A bus was sent to the school in West Plains, and recruits could ride the buses to the training camps at no cost. “Opal and I decided to go to welding school, which was at Fulton, Missouri,” Ruth (now Ruth Hollingshad Rickard), said recently. “At these schools, each type of skill was housed in Quonset huts. The barracks we slept in were also Quonset huts that contained bunk beds just like in the Army.

“Opal and I shared an instruction book because we didn’t have money to buy two. The training lasted about eight weeks. For the final test, we were given a piece of steel the size of a Hershey bar and asked to put six welds in rows on the steel,” she continued.

“Opal and I both passed our test, but only Opal got to leave for the Alabama shipyards. I had to stay an extra month until I turned 18 before I could leave. I felt like a lost lamb. The floor lady who stayed with us at night and made sure everyone was accounted for took me under her wing when I got left behind.”

In Alabama, there were barracks where workers stayed at night. Each morning, they took a ferry to an island just off the coast of Alabama where the ship was constructed right next to the water so the boat could be easily launched when finished.

Ruth explained, “I worked a mile from Opal in the shipyards in Mobile. Opal did finish work and hung from a scaffold that was over the water. This was high up on the side of the ship. I welded on the platon, which was a huge piece of flat metal to which other pieces of metal were attached. This was laid on the sandy shoreline. I sat on railroad ties and welded all day. It would be 90 degrees by nine in the morning. We helped build the battleship Alabama working eight to nine hours a day.”

Women had to tie a bandana around their head to wear under the welding helmet. This not only helped to absorb the sweat but also kept their hair from catching on fire from welder sparks.

There were no phones at this time, so the sisters wrote letters to their mom, who was home with their brother, Virgil, 16, and youngest sister, Vera, 14. The sisters’ dad, Lon, was working out west for the railroad, which transported needed supplies for the war.

“We got to see the Alabama christened. They had a ceremony with sailors in white uniforms, and patriotic music was played. It was hard to hold back the tears. We worked in the shipyards about a year before returning home,” Ruth said.

“When I came home, mother cried when she saw how brown I was. My oldest sister, Louise, went to stay with our Aunt Ruth in Wichita, Kansas, where she got a job at the Boeing airplane factory, which built bombers. She worked on the dials that went in the cockpit.”

As soon as Virgil was 18, he too was drafted. He served in the Korean War and in Viet Nam and was stationed a few years in Japan. When he finally did come home, there were no jobs, so he re-enlisted.

Ruth, the last of her Hollingshad brothers and sisters, is 92 and lives outside West Plains.