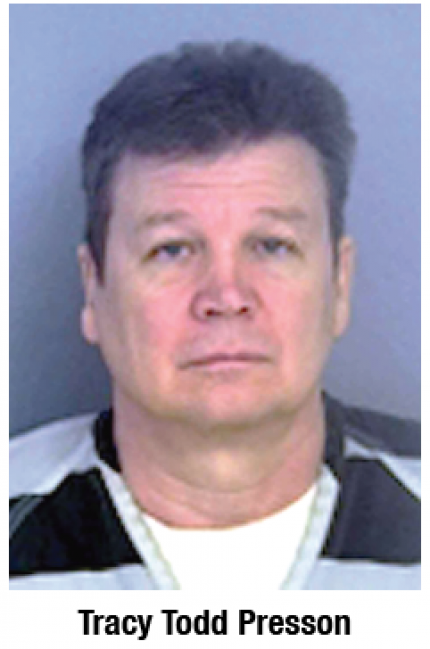 Following a three-day civil trial, a unanimous jury on Wednesday, April 21, awarded a $22 million judgment against Tracy Todd Presson, a former Gainesville resident who is currently serving a 70-year sentence for coercion and enticement of a minor, and sexual exploitation of a minor.

In a prepared statement, Brown said he did not want to disclose specific evidence or information about the case to avoid identifying the client or forcing her to suffer further distress or embarrassment. However, he noted that “the abuse perpetrated by Mr. Presson continued over several years and involved some of the most sinister behavior I have seen in my 12 years of law practice.” Brown added that the jury’s award exceeded what he had requested in his closing argument

The jury’s award is believed to be one of the largest jury verdicts issued in the Ozarks.

Brown said the judgment was sought “to ensure that Mr. Presson did not profit from his relationship with the victim or the victim’s family, and to send a clear and unmistakable message to other would-be abusers that such conduct will not be tolerated in the Ozarks.”