Higher diesel, rock prices are having a serious impact on county’s road and bridge dept. budget 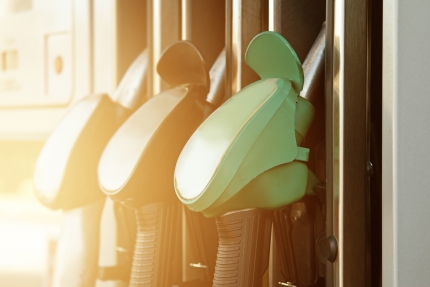 It’s no secret that gas prices have soared to record highs this summer and continue to tick upward.

The highest ever price of regular unleaded gas in Missouri (at presstime) was set this Tuesday with a state average of $4.492 a gallon, while the statewide record high price of diesel fuel was set on May 11, when Missouri’s average hit $5.206 a gallon.

That pinch is being felt in the wallets across the county as Ozark Countians try to find ways to continue to pay for the increasing cost of gas and groceries - and most other rising expenses.

The Ozark County Commissioners say the county is feeling that squeeze too, and they think it’s likely they will have to take a look at and amend the budgets for the county’s two road and bridge crews in coming months due to the skyrocketing fuel prices and other increasing expenses.

The commissioners explain that the county’s fuel is sold as “rack price” plus a set number of cents because it buys the fuel in such large quantities. That means it isn’t quite as expensive as what is paid at the pump, but it’s still a hefty cost. Rack price is the cost that the fuel provider is able to obtain diesel and other fuel.

“It hurts. Just to give an example, I’ve got the bill right here,” said Western District Commissioner Layne Nance during this Monday’s meeting when asked how fuel prices were affecting the county. “This diesel fuel that we just got delivered to us - that’s going to be used for our [county road and bridge] trucks and our graders and other equipment - was $4.769 a gallon. When I went into office I think we were giving them $1.89 or $1.90 [a gallon]. It’s not tripled, but it’s well over doubled. It’s close to tripled since I’ve been in office.”

Nance said that the county budgeted more last year for fuel. This year they again increased the budget, but they never anticipated such high prices.

“Of course, if it gets really hot and dry this summer, and we’re not doing much anyway, we’ll slow these graders way down ‘cause they burn the most fuel.”

Nance said that the county’s graders each use about 25 to 30 gallons of diesel fuel a day when operating.

“If you take every grader running in both east and west [districts], there’s nine of them. Thirty [gallons of diesel used per day] times nine [graders], that’s 270 gallon a week at $4.76... that’s $1,285 a day [in diesel costs] - and that’s not counting the trucks, the backhoe and the gas for the pickups. That’s just an example of a part of what we’re dealing with.”

“What we get coming to us hasn’t increased, and it’s not going to anytime soon, don’t look like it,” Nance said. “It’s making it challenging.”

The commissioners say they’ve seen other charges too that are adding up, as other local businesses try to stay above the water with their own rising expenses.

“...when we’re pouring concrete for these [county road] slabs. They charge a fuel charge on it now in addition to the haul charge. Used to, they didn’t do that. It’s went way up. Our rock, we just got a price increase on it awhile ago - $1.75 a ton. And you know, our money coming in is not increasing but everything we do here is going up,” Nance said.

“...and a lot of that is because of the price of fuel, because they’re trying to make it work too,” Presiding Commissioner John Turner added.

“People complain a lot, but we’re doing the best we can,” Nance said.

Nance said that a bit of good news is that the county’s two road and bridge crews are staffed at full capacity at the moment, and the commissioners and crew are working to train the new employees.