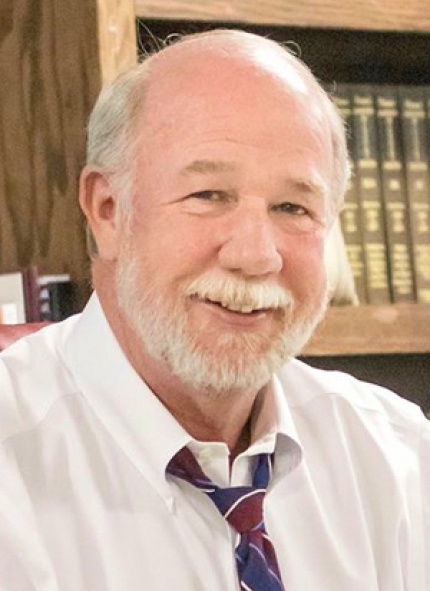 “I’m thankful for all the residents in Ozark County, most of whom have been very receptive to me during my time as prosecutor here. Ozark County is a unique place. I’ve found that people here are more independent than almost anywhere else I’ve been, and I’ve met a lot of interesting and nice folks,” he said.

Garrabrant was first appointed to the position in 2016 by then-Governor Jay Nixon after longtime prosecuting attorney Tom Cline announced his retirement mid-term. Garrabrant ran for re-election in 2018, beating out challenger John Russo.

Circuit Judge Craig Carter is accepting applications from qualified and interested individuals for the position now through Nov. 5. Based on the applicants, Carter will choose an attorney to fill the remaining 13 months of Garrabrant’s term. The appointee can then choose whether or not to run for the position in the November 2022 General Election.

Russo, who is currently serving as the Ozark County Sheriff’s acting Chief Deputy, has indicated that he plans to apply for the appointment and run for the office in the next election.

The newly appointed prosecutor will begin duties in Ozark County on Dec. 2. Garrabrant has indicated that he is willing to stay for two weeks without pay after the new appointee takes office if the new prosecutor wants him to, to help with the transition and to get the new appointee up to date on some of Ozark County’s bigger or more complex cases.

Many residents wonder how the transition will affect the cases of Rebecca Ruud and Robert Peat Jr., each charged with murdering 16-year-old Savannah Leckie and disposing of her body in 2017. Garrabrant says that his co-counsel, Assistant Attorney General Tony Brown, is well versed in the facts and details of the Ruud and Peat cases and will lead the prosecution forward, likely with the help of the new prosecutor.

Those interested in receiving an application form should contact Veronica Ratzlaff in Carter’s Ava office by calling 417-683-5556 or emailing veronica.ratzlaff@courts.mo.gov. Completed applications can be submitted by mail to 44th Judicial Circuit Judge, P.O. Box 489, Ava, MO  65608 or by email to Ratzlaff. The deadline to receive an application is Nov. 5. Interviews will be held Nov. 12 at the circuit judge’s office in the Douglas County Courthouse in Ava.

The appointment is being made under a Missouri Revised Statute that has been standing since the 1930s; it doesn’t list qualifications of residency. Those who choose to run in the November 2022 election must be an attorney, at least 21 years old and must have been a resident of Ozark County for 12 months prior to the General Election in which they are running as a candidate. The Missouri Secretary of State lists Nov. 8, 2022, as the date of next year’s General Election. That means anyone running in that election for the Ozark County Prosecuting Attorney’s job must secure residency here before Nov. 8 of this year.