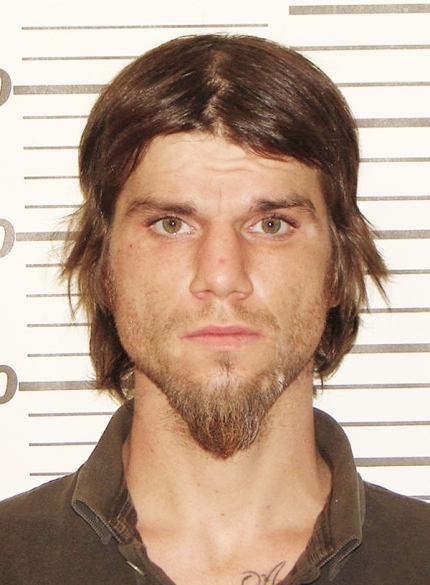 Kevin Robinson, 28, of Gainesville is being held in the Ozark County Jail on a $25,000 cash-only bond, charged in connection with the Oct. 21 stabbing of 24-year-old Robert Chambers in Gainesville's Town & Country Supermarket parking lot. Robinson is scheduled to be arraigned before Associate Judge Cynthia MacPherson today. If convicted, he could face 10 to 30 years in prison for the class A felony assault charge.

Robinson was arrested Monday night; however, Monday afternoon, Ozark County Sheriff Darrin Reed told the Times that the victim in the case was not cooperative with officers, making the investigation challenging.

“We’re still investigating, but it’s kind of hard to put a case together in a situation like this without cooperation from the victim,” Reed said Monday morning. However, according to a probable cause statement filed in the case, another witness at Town & Country spoke with Ozark County Deputy Nick Jones and told the officer he saw Robinson stab Chambers.

Reed said officers were dispatched to Town & Country at 5:16 p.m. Saturday after someone reported that a stabbing had occurred in the parking lot. When Ozark County Deputy Nick Jones arrived on the scene, he was told that the victim had been given a ride to the square.

Jones drove to the square, where he found the victim with multiple stab wounds to the neck, chest and back. The victim reportedly told the officer that a fight broke out between him and a man he knew. The victim said he had had ongoing issues with the other man. He also  said that while the two men were fighting, the suspect pulled out a knife and began stabbing him.

At 11:28 p.m. Monday evening, an Ozark County dispatcher informed Chief Deputy Winston Collins that Robinson was at a residence in Gainesville. When Collins arrived at the house, he observed an individual on the phone with someone, and that person motioned for the officer to come inside. Robinson was inside, and the officer placed him under arrest.

The report says that Robinson began making incriminating statements regarding the whereabouts of the knife that he used to stab Chambers. Collins read Robinson his Miranda rights, and Robinson told the officer he discarded the knife on the Gainesville city square. Robinson directed the officer to a drainage ditch near Highway 160; however, the officer was not able to find the weapon.

Robinson was escorted into the Ozark County Sheriff's office, where he was interviewed. During the course of the interview, Robinson reportedly told the officer that Chambers approached him while he was walking toward the front door of Town & County. Robinson said Chambers swung at him but missed, and Robinson then began swinging "wildly" with his knife in hand. He described stabbing Chambers with a pocket knife three times, once in the neck and two other times in the stomach area. Robinson reportedly said he then threw the knife in the drainage ditch.

The victim was taken by air ambulance to a Cox South Hospital in Springfield, where he was listed in stable condition. It’s believed he has since been discharged.