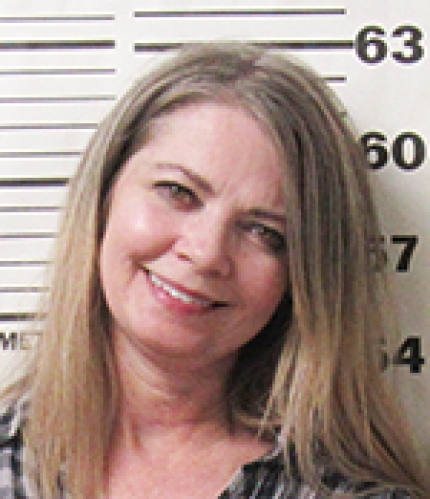 Rhonda Sprague, 56, of Gainesville, was scheduled for a bond reduction hearing at 1 p.m. Wednesday, May 18, at the Ozark County Courthouse before Associate Circuit Judge Raymond Gross.

According to the probable cause statement filed by Ozark County Sheriff’s Deputy Matt Rhoades, the officer was conducting uniformed patrol in Ozark County around 11:30 p.m. May 6 when the 911 dispatch office contacted him and asked him to respond to a shooting at the Sprague residence on Highway 181 in the Brixey area.

When Rhoades arrived on scene, the witnesses and victims of the incident told the officer that Rhonda Sprague had been drinking alcohol throughout the night and had become angry “about everything.”

Rhonda reportedly got into an argument with her son Kyle, grabbed a semi-automatic pistol and went outside.

She then reportedly shot the gun three times at Kyle’s girlfriend, who was attempting to leave the residence in her vehicle. After the three shots were discharged, Kyle reportedly grabbed Rhonda’s arm, causing the firearm to point in another direction. During the struggle, Rhonda pulled the trigger two more times, and the bullets hit two bystanders.

“Rhonda made a spontaneous statement that she shot a couple rounds in the air towards [her son’s girlfriend] and the firearm went off and a projectile struck the two bystanders,” Rhoades reported. “I informed Rhonda that she was being arrested for assault and threats.”

She is charged with first-degree assault, second-degree assault, three counts of armed criminal action, discharging a firearm at a person (persistent offender) and unlawful use of a loaded weapon.

The charges of first-degree assault and discharging a weapon at another person are each class B felonies, the second-highest level of felony charged in Missouri. If convicted of those charges alone, she would be sentenced to a minimum of 5 years and up to 15 years in prison.

Kyle Sprague is also facing charges stemming from a separate shooting incident from 2020.

Kyle is charged with second-degree murder, three counts of armed criminal action, first-degree robbery, kidnapping, unlawful possession of a firearm and abandonment of a corpse in connection with the July 15, 2020, shooting death of 28-year-old Kameron Stillwell and subsequent alleged “kidnapping” of another individual after the shooting.

Kyle was released from jail in January on house arrest, but was taken back into custody when his mother was arrested. He was reportedly staying with his mother at the time of her arrest. His trial, which was moved to Douglas County on a change of venue, has not been set. He is also scheduled to appear today (May 18, 2022) in Ozark County court for a bond-reduction hearing.