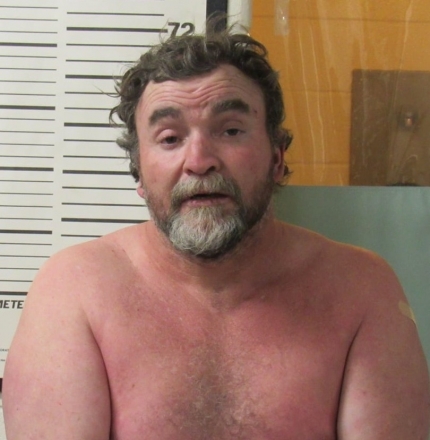 Noel Cole, 46, of Theodosia is now facing several felony charges in connection with a March 21 incident that led to Cole’s second reported high-speed chase from Ozark County Deputy Miller, which left the officer with a dislocated finger.

Cole is charged with assault - causing serious physical injury to a special victim, endangering the welfare of a child, two counts of resisting arrest by fleeing, harassment and trespassing.

He was arrested after the incident March 21 and is being held in the Ozark County Jail without bond. He was arraigned March 23 and was scheduled for a bond reduction hearing at 9:30 a.m. March 29 before Circuit Judge Craig Carter. Updates on the case were not available at presstime Tuesday.

According to the Ozark County Sheriff, at 10:34 a.m. March 21, Deputy Seth Miller responded to a call at the Theodosia Marina Resort motel for a report that Cole was trespassing on the property.

While patrolling the area looking for Cole, Miller was flagged down by the suspect. The deputy requested Cole pull off the roadway and into a nearby driveway, but Cole refused, according to the sheriff.

Miller activated his patrol vehicle’s emergency lights and sirens, informed Cole he was not free to leave and again requested he pull off the roadway. Cole again refused.

Miller pursued Cole. During the pursuit, Cole was reportedly driving in both the left and right ditches, reaching speeds of 75 mph in a 45 mph zone and traveling at a high rate of speed as he passed Lutie School while students were clearly visible on a walkway next to the roadway.

Miller handcuffed Cole’s left hand, and when he went to attach the second cuff to the suspect’s right hand, Cole reportedly pulled the deputy’s hand and the handcuff into the door jam of the vehicle, the report says.

“This action dislocated my left ring finger and freed my grip from the handcuff. I placed my taster into Mr. Cole’s stomach and dry stunned Mr. Cole. Mr. Cole exited the vehicle where he was placed on the ground and into wrist restraints.”

The incident is Cole’s second reported attempt to flee from Miller in the last six months. A similar incident occurred Oct. 16, 2021.

Miller was conducting his regular patrol on Highway 160 in Theodosia that day when he activated his lights and sirens as part of a routine traffic stop of a red Jeep Cherokee.

After exiting his patrol vehicle and approaching the Jeep, Miller asked the driver for his license and vehicle registration. After checking, Miller notified the driver, Cole, that he was under arrest for an active felony warrant out of Douglas County.

In response, Cole attempted to drive away from the officer. Miller deployed his taser, and the barbs made contact with Cole; however, the Jeep’s door eventually interfered and caused the cords to pull free from the suspect.

Cole fled in the Jeep eastbound on Highway 160 with Miller in pursuit in his patrol truck. Cole turned down County Road 603, known locally as Locust Road, and Miller followed with assistance from a Missouri Department of Conservation agent. The chase continued down the county road until Cole turned around and headed back toward Highway 160.

At some point on the return to the highway, Cole ditched the vehicle and, while clutching something in his hand, fled on foot into a wooded area. Miller couldn’t identify what the item was, the sheriff’s report says.

After a brief pursuit, Miller overtook Cole and apprehended him, placing him in handcuffs.

The item Cole had grabbed in the Jeep and clung to during the chase? A frozen Marie Callender’s Chocolate Satin Pie.

Miller said the pie was still cold and unopened. Officers checked the pie for illegal substances but found none.

He is charged with resisting arrest in that case. He was initially released on his own recognizance, but that was revoked March 23. He is now scheduled to appear for a criminal setting in that case at the same time as the newly filed case. He’s to be screened for intoxicants prior to the hearing, online court documents say.