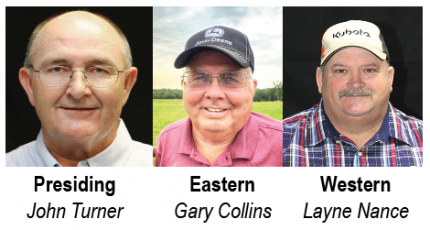 County employees who travel for county business may see an increase in mileage and food expenses.

Ozark County Commissioners discussed the topic for some time during their regular weekly meeting Monday, but tabled the issue until June 21 so they could research the issue and gather input and information.

Presiding Commissioner John Turner said he felt like the county mileage rate should be the same as the state of Missouri, which currently pays 49 cents per mile. The federal rate is 58.5 cents per mile.

Circuit Clerk Becki Strong attended Monday’s meeting and said that, by state statute, counties are only required to pay jurors 7 cents per mile and $6 per day to serve on a jury.

“Of course we pay more than that, but that’s ridiculous,” Strong said. Ozark County jurors are currently paid 37 cents per mile for travel to and from their home to the courthouse and $18 per day.

Commissioners said at the June 21 meeting they plan to also discuss the daily pay rate for jurors.

Strong said employers are not supposed to penalize workers who are called for jury duty, but that many employers don’t pay their workers when they serve on a jury. She said some of the larger companies do while many small businesses do not.

“And if you’re self-employed then it costs you and there’s nobody who has your back,” Turner said.

County Clerk Brian Wise said he has done a lot of research on what other counties and municipalities pay for mileage reimbursement and food allotment.

“That’s like I don’t normally eat at McDonalds, but recently (on a county business trip) I stopped and got a spicy chicken sandwich meal and a drink and it was like $13,” Wise said. “That was at McDonalds which is about the cheapest place to eat a lot of times … and I went over what I was allowed.”

Currently the county allows for $10 each for breakfast and lunch and $15 for dinner for employees who are out of town on a county business trip. Commissioners will consider raising the food allotment rates at the June 21 meeting.

“I make a motion we table this until Gary gets back and we can do some research and get some input,” said Turner. Nance seconded the motion and both commissioners voted to table the matter until June 21.

That meeting will be at 9 a.m. on the second floor of the Ozark County Courthouse. Commissioner meetings are open to the public.