Bakersfield resident alleged to have held woman against her will, assaulted her physically, sexually 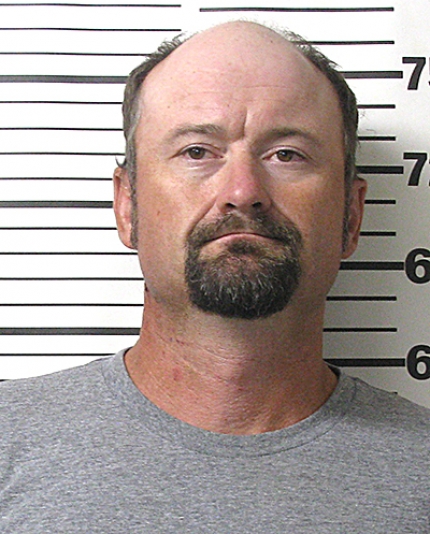 A warrant has been issued for Bakersfield resident Brandon J. Adams, 39, in connection with an incident in which he’s alleged to have violated an ex-parte order of protection, hit a woman, unwillfully restrained her to a bed, threatened to kill her and touched her in a sexual manner without her consent.

Adams has been charged with two counts of violating an ex-parte order of protection, two counts of domestic assault, burglary and sodomy, which is defined legally as having deviate sexual intercourse without the person’s consent.

He’s to be held without bond when arrested.

Adams is being charged as a prior and persistent offender based on at least two prior felony convictions. The court documents list two January 2017 convictions of unlawful use of a weapon and non-support of a child, both in Texas County.

According to the probable cause statement filed in the case by Ozark County Sheriff’s Deputy Sgt. Justin Brown, a woman came into the sheriff’s department and reported the incident, telling an officer there that Adams had assaulted her by choking and slapping her. The report says the woman had red marks on her neck when photos of the incident were taken.

“She advised she had been unlawfully restrained in her residence the night prior. . . . Adams had tied her up in her sleep to the bed . . .  she woke up and [he] was on top of her. . . . He made her get undressed and go outside and take a shower naked with him.”

The woman said while outside, Adams touched her in a sexually explicit manner. She said she fell asleep at some point that night and awoke with Adams on top of her, saying he’d kill her if she made statements to the police.

She said she was able to get away and ran to a neighbor’s house, where she called her mom to come get her and bring her into the sheriff’s office to report the incident.

Brown asked the woman if Adams was still at the residence, and she said she didn’t think he would be at the house. She gave the officer permission to enter and take evidentiary photos.

At the residence, Brown noted that the furniture was in the places the woman had said. In the bedroom, ropes with slip knots were tied to the bed, the report says. Brown took photos of the scene as part of the investigation.

Brown advised the woman to file an ex-parte order of protection with the court, which legally states that a suspect must refrain from being in contact with or near a victim. The woman did file the order, which was temporarily issued on Sept. 27 and was fully granted on Oct. 6.

Brown wrote in the report that Adams has sent multiple emails, text messages, Facebook messenger and SnapChat messages to the woman since Sept. 29, including some videos. The woman has reported the attempted contact several times since the ex-parte order of protection was issued.