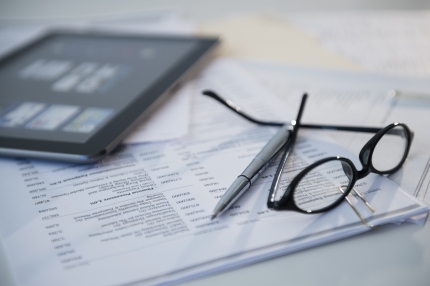 The Ozark County Times is offering this question and answer format style about the 2.5 percent “use tax” that is on the April 5 ballot so voters can fully understand the proposal before going to the polls. The Times solicited questions from citizens about the issue and will address those questions here, along with the basic questions about the issue.

A “use tax” is a sales tax on products purchased over the internet or from a catalog.

What is the tax rate?

The proposed tax rate is 2.5 percent, the same as the local sales tax rate.

No, not local sales tax. The state of Missouri does collect its 4.25 percent sales tax on internet purchases, but the county does not. The state was able to impose the tax without a vote of the people; however, counties and municipalities are required to place the issue before voters to collect it. It’s been reported that some online companies do charge the state and local sales tax rates on purchases, likely assuming the counties and cities will be collecting the tax.

If an online company does charge the local sales tax now, where does that money go?

Any local sales tax money collected in the state of Missouri gets dispersed to the counties and municipalities who have passed the use tax. If the county or municipality has not approved the use tax, the state cannot, by law, disperse that money. Officials have said any undisposed local tax money is held in a reserve fund by the state of Missouri. Ozark County officials have asked state representatives to clarify this topic, but a definitive answer has not yet been passed down.

How would the tax rate be split up in the county departments?

Can the county designate a higher percentage of the tax rate to law enforcement?

No. The tax must be allocated the same way the local tax rate is. In order to designate a higher or lower tax rate to one department or the other, the issue would have to go to the voters. The county can temporarily supplement another department, such as law enforcement, from the general revenue fund, which the county has done at increasing amounts over the past several years.

Will this affect my property taxes?

No. This is a sales tax. If you don’t buy anything on the internet or from a catalog, this tax does not apply.

How much revenue would this bring in for the county?

County officials have said they have no way of determining exactly how much extra revenue this tax would generate. There are few comparable counties in Missouri who have passed the tax, and the county currently has no idea what percentage of its residents shop online; however, according to the U.S. Chamber of Commerce, a rapidly-growing number of people do shop online. County officials have said they believe in the next 10 to 15 years that as much as 50 percent of goods might be purchased online.

Why should something I buy from another city online be taxed by Ozark County?

If you travel to another city to buy something, you are almost always paying a local sales tax, whether it’s in Ava, West Plains, Springfield or Mountain Home, Arkansas. This would level the playing field so online sellers don’t have an upper hand on local businesses when it comes to charging and collecting sales tax. Many times the bigger online companies already have an advantage over local businesses because of their sheer size and buying power.

County commissioners have said that the online companies, such as Amazon, use county roads and bridges and other local services when delivering their products to Ozark County homes. “They’re beating up our roads with their delivery trucks and they’re not having to pay the local tax rate that Ozark County businesses have to,” Presiding Commissioner John Turner said. Commissioners have also said that by leveling the playing field as far as local sales tax goes, it would potentially create new business opportunities in Ozark County where more goods and services could be offered locally.

If the use tax is not passed will it affect my services I receive such as road and bridge and law enforcement?

Gradually, yes. County Clerk Brian Wise said that, as shopping patterns shift more to online, he sees a time in the near future where the county will not have the money to adequately fund departments like road and bridge and law enforcement. Already, the local tax being collected for law enforcement falls drastically short. Wise said he worked with sheriff’s officials this year to cut more than $139,000 from their proposed budget and the department was still short $200,000 that had to be transferred over from the general revenue fund. Still, the sheriff’s department was forced to cut an overnight jailer position and the sheriff is doing the oil changes on patrol vehicles and cutting the grass at the jail himself to save the county money.

Can’t the county just continue to prop up the sheriff’s department from the general revenue fund?

No. County officials said that as shopping patterns shift online, it will also mean a reduction in sales tax collected for general revenue. Commissioners have said that the county doesn’t have a huge carryover of money from year-to-year. “There have been times we needed to paint the courthouse, but we had to wait because we didn’t have the money,” Turner said. “We’re not the federal government. We can’t just print money when we need it.”

Are cities and villages in Ozark County going to collect the use tax?

No. The incorporated cities and villages of Gainesville, Theodosia and Bakersfield did not put the proposal on the April 5 ballot.