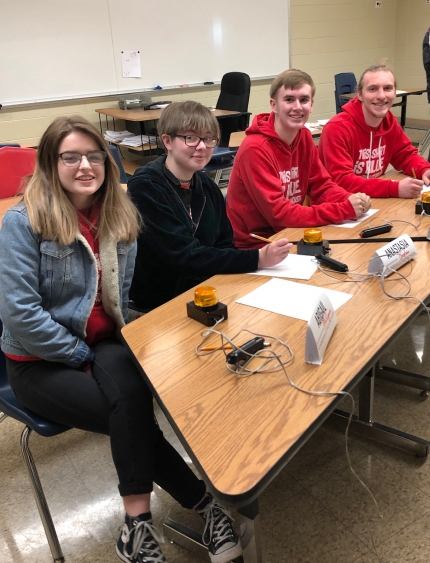 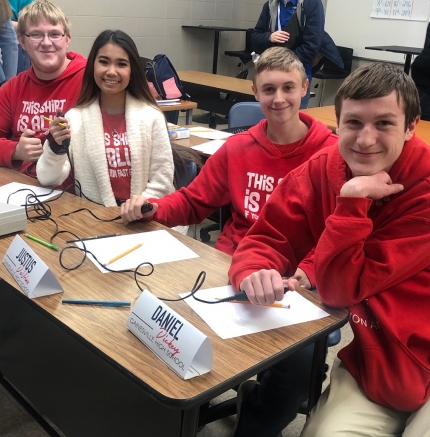 The Gainesville team’s achievement qualifies it for the Small School National Championship Tournament to be held in April 2020 in Chicago. This is the seventh consecutive year a Gainesville team has qualified for the national tournament.

Going into the Kickapoo tournament, both the Gainesville varsity and junior varsity academic teams were undefeated, having beaten four conference teams: Hartville, Norwood, Mansfield and Conway. The teams also played and won three matches with Bakersfield.

“We knew the Kickapoo tournament would prove to be a challenge, but those are the matches our kids like to play,” said Michelle Pointer, who coaches the teams with Sherry Uchtman. “They were ready.”

The Forsyth A game was won in overtime, said Pointer. “We led the whole match until Forsyth came back, making it a very close game. They correctly answered a toss-up but knew none of the three bonus answers. Luckily, our Abigail Milligan (a senior) knew all three — cheers for her research paper on Scientology — to tie the game. Then, in sudden death overtime, Hunter Webb (a senior) came through for the win,” she said.

Pointer said the afternoon championship rounds were even more competitive. The Gainesville team won the first two rounds against Glendale Blue (230-130) and Forsyth A (275-90). However, the team lost to first place College Heights A, third place Springfield Central and Strafford A.

The Gainesville junior varsity team also did well in the tournament, said Pointer. “It’s harder to find good matches for the JV team; half the teams in our conference don’t have JV teams. Being a junior varsity team in a tournament like Kickapoo shows a lot of gumption. They were 3-7 on the day but had four matches that were within two questions, proving the strength of this team.”

Two students, Wyatt Alms and Olivia Milligan, were unable to attend due to family obligations.