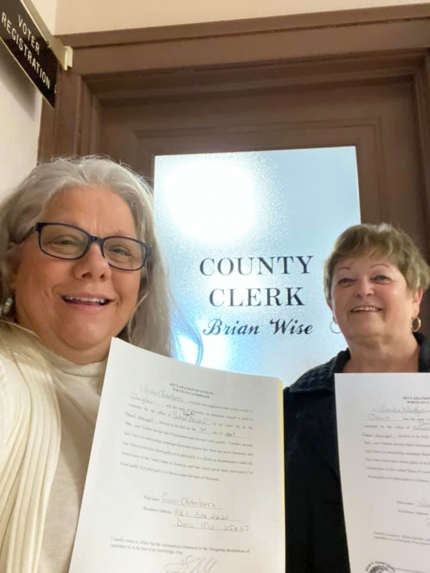 Gwen Chambers and Wanda Watkins have filed as write-in candidates for the Dora R-III School Board in the April 7 General Municipal Election.

Collins, Martin, Moritz and Trail will be listed on the ballot. Because Chambers and Watkins filed after the filing deadline, their names will not appear on the ballot. Those wishing to vote for Chambers and/or Watkins will need to fill in the circle next to the option “Write in candidate,” and print “Gwen Chambers” or “Wanda Watkins” beside the circle.

Ozark County Clerk Brian Wise said ballots with write-in candidates are hand-counted, and judges are able to count the ballots based on the intent of the voter; so ballots with minor spelling mistakes will still be counted for the intended candidate.