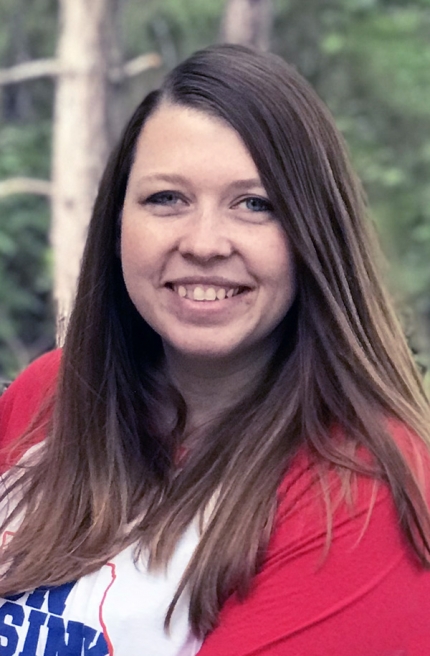 As this edition is printed and delivered to the office Wednesday morning, I’ll be spending my last day in the Ozark County Times office as a newspaper reporter. Thursday begins a new chapter in my life as I transition to a new career as a high school English teacher in the Lutie School District for the upcoming school year.

It’s been an emotional few weeks preparing to leave co-workers who are like family and a company and a job I love, but I am incredibly excited about the prospect of helping guide a new generation of writers to see the importance of casting their individual voice into the world.

My seven years at the Times have been a roller coaster ride. As a reporter, I’ve witnessed some of the most horrific and most uplifting things in my life. My heart has been smashed into a thousand tiny pieces more than once and has also grown tenfold, thanks to the kindness and love our community continuously extends with open arms.

As a reporter, I’ve stood trembling, with knots in my stomach, watching as firefighters pulled the lifeless body of a 12-year-old boy from the burned remains of his family’s trailer following a fire that killed three people. The singed smell, the way my eyes stung in the smoke, the seventh grader’s school photo that accompanied the article will be forever burned into my memory. I had trouble sleeping for many nights afterward, unable to stop seeing that freckled face in the school photo or the horrific scene of the smouldering trailer.

As a reporter, I’ve felt the fear and anxiety that comes with pulling up to the scene of an accident and seeing a white sheet draped over a body nearby. I’ve heard the heart-piercing screams of the deceased’s loved one nearby and stood wondering if the victim was my friend, a family member or a neighbor. In a community as small as ours, chances were good that I would know the victim. And many times I did.

As a reporter, I’ve sat on the hard wooden pews of the Ozark County courtroom and watched as more than a few former classmates slowly made their way forward to face a judge for burglary, or drug possession, or stalking, or assault. I’ve wondered what experiences they’ve had or what choices they’ve made that would bring them to such a low point in their lives. I lie awake at night, wondering if I could do something to help them.

As a reporter, I’ve read graphic, gut-wrenching details of sexual abuse, murder, animal torture. My eyes have been opened to true evil in the world, the depths of which I didn’t grasp before getting a glimpse of the horror through the descriptions included in police reports.

As a reporter, I was inspired to see my own personal challenges as blessings when talking with an Ozark County man who embraced his bipolar diagnosis and used it as fuel to create intricate polyhedral sculptures. He spent the better part of an hour talking with me about the creative process and how he’s used the traits of his mental illness to his advantage. As I prepared to leave our interview, he handed me a small red sculpture. It has stayed on my desk ever since, always reminding me to keep a positive perspective on my own perceived flaws.

As a reporter, I’ve been yelled at, had my morals questioned more than once and been accused of only caring about the number of papers the Times sells. Lying awake at night, knowing the amount of thought and consideration every single thing that is printed in the Times receives by my co-workers and me, I’ve wondered how people can truly believe that.

As a reporter, I’ve traveled with a family I’ve known for a long time to meet their son at the John 3:16 Ministries spiritual bootcamp. My heart swelled to see their son, who they once thought would always be controlled by drug addiction and a life of crime, now full of pride at the man he’d become. The two-hour car ride home was filled with discussions of hope and the future their son now has, thanks to the bootcamp and his own efforts. The experience left me more hopeful for the future of my own loved ones who were caught up in a dark path.

As a reporter, I watched as the North Fork of the White River swelled to unimaginable depths during the historic flood of 2017, ripping homes from foundations, sweeping bridges away and leaving a swath of unimaginable destruction in its path. I remember feeling helpless, horrified and amazed at the power of nature – all at the same time. Talking with survivors and emergency workers the next week, their words were tinged with panic, exhaustion and trauma. It was apparent the flood had taken an emotional path as well as a physical one for dozens of people.

As a reporter, I’ve talked with a sweet family of six who recently sold everything they owned, bought a camper and decided to travel the world full-time. I got to hear firsthand the excitement, anxiety and faith of the journey that had carried them into their new life. I felt inspired to look at my own life and make choices that were my own and not just what was expected of me.

There are countless more memories from my time here floating around in this mind of mine. Far more than I have space to write about here. The point is, in each instance, I’ve come back from these experiences, sat at my desk and typed the stories onto my computer screen. The tiny black letters on a white screen were later printed on paper and sent out for the residents of our little corner of the world to read.

Thank you to those of you who trusted me to tell your story. Thank you to my co-workers who have helped me grow into the person and writer I am today. And thank you to the loyal readers of the Ozark County Times who continue to support such a beautifully run community newspaper.