‘Party on the Hill’ set for Sept. 14 to help the national Semper Fi Fund 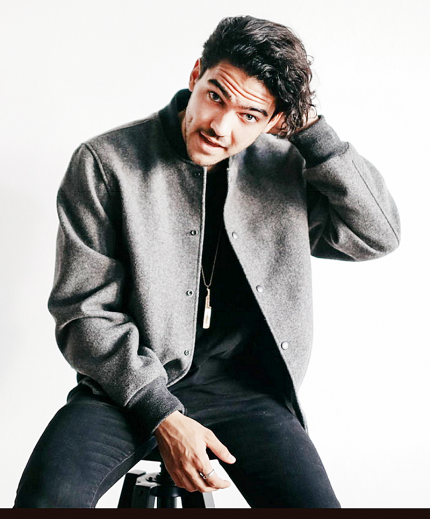 Nashville artist Luke Nassar is one of several entertainers scheduled to perform at the Sept. 14 “Party on the Hill” near Theodosia. The auction and entertainment event raises money for the Semper Fi Fund, which provides financial support to wounded veterans and their families.

“Party on the Hill,” a benefit event for the Semper Fi Fund, a national charity that assists wounded post-9/11 veterans from all branches of the military, will be held Saturday, Sept. 14, near Theodosia.

This is the second year for the local event. More than 200 people attended last year’s “Party on the Hill” and raised a total of $16,000. Guests attended from as far away as Dallas, Kansas City and Los Angeles. Daniel organized a similar Semper Fi Fund event a few years ago in Overland Park, Kansas, that raised $40,000.

One hundred percent of the proceeds go directly to the Semper Fi Fund to provide immediate financial assistance and lifetime support to combat wounded, critically ill and catastrophically injured members of all branches of the U.S. Armed Forces and their families as they transition back home for their recovery.

Daniel’s desire to raise money for the Semper Fi Fund began when her son, who is an active-duty Navy pilot, introduced her to Lt. Gen. John Sattler, USMC (Ret.), who was director of Strategic Plans and Policy for the U.S. Joint Chiefs of Staff.

“Lt. Gen. Sattler is on the board of the fund,” Daniel said. “He explained that the fund began in the spring of 2003 when the wounded came back from Operation Iraqi Freedom; it was started by a spouse of an active duty Marine. These spouses and families started the fund in their homes, and it has grown with less than 7 percent overhead since inception. The key for me is that the Semper Fi Fund has the highest charity ratings among veteran nonprofits. In addition, they are there for the wounded and their families for a lifetime.”

The event begins with happy hour at 4 p.m. Sept. 14 including free pizza, nachos, popcorn and drinks followed by a complimentary dinner. The Ava VFW will provide a POW/MIA missing man table ceremony, and the Navy Operational Support Center of Springfield will present the colors.

“This is a family-friendly event with yard games, snow cones and a candy buffet,” Daniel said. “There will be burgers and hot dogs, and the Andi’s Snack Shack truck will be serving loaded French fries. The El Morro Taco Truck will serve authentic tacos, and the Maritime Food Truck will serve up lattes and ice cream.”

An impressive line-up of entertainment is planned, beginning with Branson’s “Dynamic Duo,” Michelle Ivey Jordan and Jeff Sadie. Mike Scarff of Protem and his rock and roll cover band Inflexion are slated to play at the event, along with Musivo Live, a well-known band from Kansas City, and Mako, who performs progressive electronic music; as well as Nashville’s Luke Nassar.

Party on the Hill is free, but registration is requested, Daniel said. To register or for more information, call her at 913-940-1144 or visit partyonthehill.org. The website includes directions to the venue site, an accommodations list and a donations link for those who want to contribute to the Semper Fi Fund but can’t attend the event.