Sentenced to life in prison 40 years ago, Greathouse now resentenced to 50 years 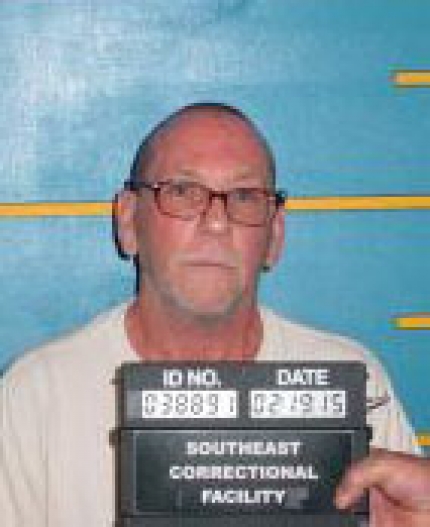 Robin Greathouse, 57, sentenced to life in prison without the option of parole nearly 40 years ago in an Ozark County jury trial in connection with the violent murder of his uncle, Clayton Loy Dawson, came before the court again on Oct. 3 and was resentenced by Ozark County Circuit Judge Craig Carter.  The brutal murder occurred in Douglas County and was transferred to Ozark County on a change of venue motion.

Greathouse can receive credit for the 40 years in prison he’s already completed and could be eligible for parole.

Why the change now?

The resentencing came as a result of a 2012 U.S. Supreme Court case, Miller v. Alabama, which said a juvenile offender cannot be given the harshest punishment under the law unless the sentencing takes into account the person’s youth. The Missouri Supreme Court subsequently issued two opinions on the procedure for resentencing juvenile offenders, State v. Hart and State ex. Rel. Carr v. Wallace, which held that a juvenile may get the maximum sentence allowed under the law, but first the sentencer must be given a “scheme” to account for the offender’s youth, according to Wade’s press release. The law in 1979 required any person convicted of capital murder to be sentenced to the Department of Corrections for life with no parole until the defendant had served 50 years. No consideration was given for Greathouse’s youth when he was sentenced, the press release says.

“This case was very difficult, because the murder occurred 40 years ago. The primary law enforcement officers are unavailable to testify. In fact, the crime he was convicted of does not even exist in Missouri any longer,” Wade said. “There is also no family to speak of who could speak on behalf of Clayton Dawson. The only surviving relative my office found was his 81-year-old niece who lives in Kansas City. She believed he had served his time and should be free.

Wade said a former juror from the Dec. 10-15, 1979, trial spoke with him recently, and told the prosecutor that the jury was deadlocked at 11 to 1 in favor of the death penalty.

“The one vote against the death penalty was an alternate who was promoted when a regular juror had to be removed during the trial. So Greathouse got very lucky at his sentencing in 1979…he [could have] received the death penalty. He has also benefitted from the recent Supreme Court rulings. I hope he capitalizes on his second change and uses it in a positive way.”

The Department of Corrections will determine when Greathouse is eligible for parole. He has been incarcerated for 40 years and 1 month. If he is released on parole, Wade anticipates he will live in a men’s shelter in either Kansas City or St. Louis, where he will be helped with employment and taught basic life skills, the press release says.