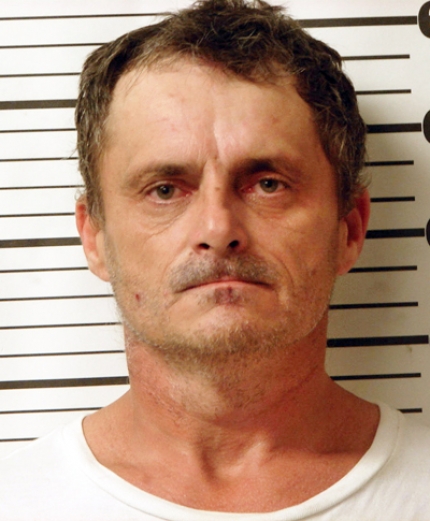 Officers with the Ozark County Sheriff’s Department and the Missouri State Highway Patrol investigate a wide variety of situations, but last week a pair of bizarre incidents left officers scratching their heads.

The first incident, which occurred  around 6:16 p.m. Tuesday, Sept. 4, involved a reported boat burglar on Bull Shoals Lake near the Spring Creek boat ramp. The call to the sheriff’s office reported that a woman in a boat, wearing a black hat and jeans, was found with two kayaks, an aluminum row boat and a large amount of other property.

Ozark County Sheriff’s Deputy Kodie Johnson and Missouri State Highway Patrol Water Division officer John Roberts were dispatched to the scene, and the incident ended in the woman’s arrest after officers were informed she had an active warrant from St. Clair County, which is between Kansas City and Springfield.

Roberts told the Times Monday  the case is an open investigation and charges have not yet been filed, so he could not release specific details about the incident. But he was able to confirm that the woman was suspected of taking stolen property.

Attempting to break into the jail – while on meth

In a second strange twist to last week’s routine, Ozark County Sheriff’s Department jailer Jeff Lane ended up handcuffing a man to a bench after the man attempted to break into the secured jail facility Thursday morning.

Ronald Eveland, 45, of Webb City, is being held in the Ozark County Jail on a $25,000 cash-only bond, charged with assault to a special victim in connection with the incident.

According to the probable cause statement in the case, at approximately 10:15 a.m. Thursday, Lane was helping a person in the lobby of the jail when Eveland entered the building shouting loudly and incoherently. Lane, who has been employed with the sheriff’s office as a jailer for about 9 months and is currently enrolled in the Missouri Sheriff’s Academy, preparing to eventually become an officer, was at the office while the on-duty officers were responding to calls.

Just as Lane was attempting to decipher what Eveland was trying to say, the defendant reportedly dashed forward and grabbed Lane on both shoulders in an attempt to push past Lane and get into the secure part of the jail facility.

“He was irate and very combative,” Chief Deputy Winston Collins said. “Lane suspected Eveland was under the influence of some substance at the time.”

Lane grabbed Eveland and quickly put the man in an arm restraint and walked him over to the booking area of the jail. He detained him by handcuffing him to a bench and reached out to Sheriff Darrin Reed, who was serving papers at a residence with the assistance Cpl. Curtis Dobbs.

“He didn’t realize he was fixing to scrap with a jailer that has faced death in the eyes, fighting for our country in Afghanistan, and still serves as an Army reservist,” Reed posted on Facebook. “That man wanted in jail bad enough that Lane helped him there.”

Reed said he is confident in Lane’s future as an officer.

“I don’t think he needs training in handcuffing and takedowns. I’m proud of him. He’s a valuable asset to Ozark County. Thank you, Jeff, for being a part of our team and taking care of business,” Reed posted.

According to court documents, Eveland admitted that he had used methamphetamine just prior to the incident. He was scheduled to be arraigned before Associate Judge Cynthia MacPherson Tuesday. Details of the court appearance were not available at press time.