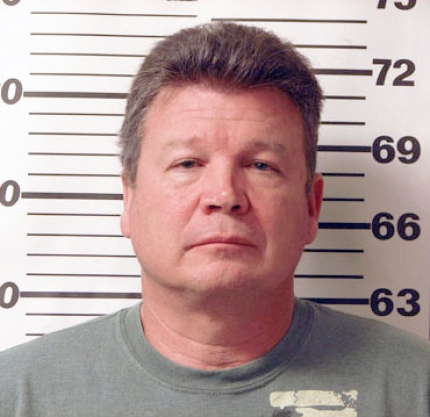 Tracy Todd Presson, 53, of Gainesville, is being held in the Ozark County Jail on a total of $300,000 in cash only bonds, after Ozark County Prosecuting Attorney John Garrabrant filed two seperate cases in which Presson is charged with 10 felony counts including statutory rape, statutory sodomy, possession of more than 20 images of child pornography, possession of videoed child pornography and use of a child in a sexual performance. Presson is represented by Springfield-area defense attorney Adam Woody.

"There are thousands of images and videos that we still have to go through, so we can begin to identify the victims. We've already went through and tagged 8,000," Ozark County Sheriff Darrin Reed said in a press release Tuesday. "We have been in contact with the Federal Bureau of Investigations, as there are other states involved with this. It is possible trafficking of children."

According to the original probable cause statement in the case, prepared by Ozark County Cpl. Curtis Dobbs, a 16-year-old was interviewed by the sheriff's office and the Missouri Division of Family Services at approximately 9 p.m. Tuesday, Oct. 2. The teen reportedly told officers that Presson had been engaging in sexual acts with the victim for approximately five years from the time the individual was 11 years old. The victim reportedly said the acts had occurred at Presson's home in Gainesville, as well as in another state, and some of the acts were recorded in photo and video formats and stored on Presson's laptop.

Dobbs interviewed Presson at the sheriff's office at 11:19 p.m. Oct. 2. Presson acknowledged spending the night in a motel room with the teen but denied having sexual relations with the victim, according to court documents.

Officers worked through the evidence and information gathered, and Presson's case was amended from the original three felony counts to include eight felonies, and an additional case was filed in which Presson was charged with the felony child pornography charges.

The probable cause statements in both cases have been sealed by the court, at the sheriff's and proseuctor's request due to the "horrific" details and information included.

"There are months of investigation left. We've just scratched the surface of this case," Reed said. "Please say a prayer for these children."

Reed said he is happy that Presson's bond was raised from the original $50,000, making it more difficult for the defendant to post bond and be released from custody.

"Our number one priority is the safety of these kids, and you know we're going to do everything we possibly can to make sure these pedophiles stay in jail," he told the Times Monday.

"Rest assured, we stay on top of it in Ozark County. We make sure they work where they're allowed, and live where they are supposed to. If they don't register, we file charges on them," Reed said. "When Halloween comes around, we make sure they are going by what they are supposed to and are in compliance. It's a priority for me and something that I instill in my deputies too. We need to keep tabs on it, and we are, for the safety of our children."

According to information released by the Missouri State Highway Patrol, one in four women and one in six men are sexually assaulted in their lifetime. MSHP statistics also show that 67 percent of sexual assaults are on victims under that age of 18.

According to MSHP, certain sexual offenders may not reside within 1,000 feet of any public or private school or childcare facility, loiter within 500 feet of a school while juvenile's are present, serving as an athletic coach, manager or trainer of a sports team in which a child younger than 17 is a member, among other conditions.

Sex offenders are required to avoid all Halloween-related contact with children, remain inside his or her residence between 5 p.m. 10:30 p.m., post a sign stating "No candy or treats at this house," and leave all residential outdoor lights off in the evening.