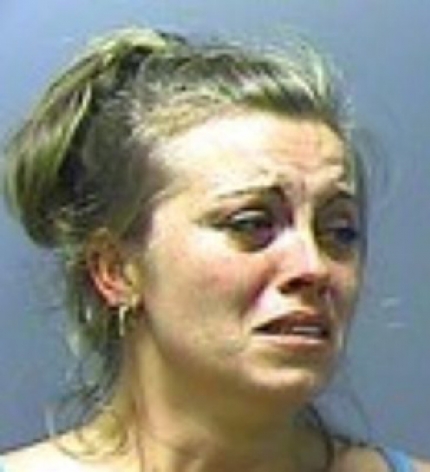 A Dora woman got four years of probation and surrendered her nursing license as part of a plea agreement announced Thursday in Baxter County (Arkansas) Circuit Court.

Geneva Liveley was found guilty of possession of hydrocodone, possession of drug paraphernalia and DWI. The 33-year-old Liveley will be able to petition the court to have her record sealed if she successfully completes her probationary period.

At approximately 3 a.m. on July 16, Mountain Home police received a report of a suspected drunk driver in a white car with a Missouri license plate on the east side of town.

Officer Rodney Wiggins spotted the car and attempted to pull it over. The driver refused to stop, and a short pursuit occurred before the driver stopped and fled on foot. A short foot pursuit ensued before Liveley was allegedly apprehended.

When asked why she ran, Liveley allegedly said she had been drinking. When her car was searched, officers allegedly found hydrocodone belonging to several different people, along with an ID tag showing Lively was a charge nurse at a local nursing facility.

Also found in the car were a loaded revolver, drug paraphernalia and $1,100 in cash, according to the affidavit.

Police investigated further and discovered Liveley had logged patients as receiving drugs she had in her possession when she was arrested, according to a second affidavit filed in a second felony case Liveley faced.

In that case, Lively faced four counts of obtaining a controlled substance via fraudulent practices and four misdemeanor charges of theft of property. Those charges were dismissed as part of the plea bargain.

That charge was dropped as part of the plea bargain process.