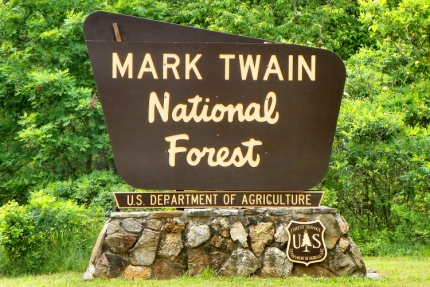 The body of Mountain View resident Brittany Gorman, 29, was found Saturday near a Mark Twain National Forest trailhead off CC Highway east of Dora. Gorman’s estranged husband, Dylan Hanger, has been charged with murdering the woman in Texas County, driving her body to Ozark County and dumping it in the national forest. 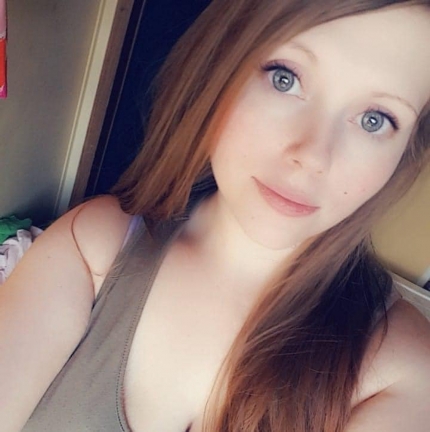 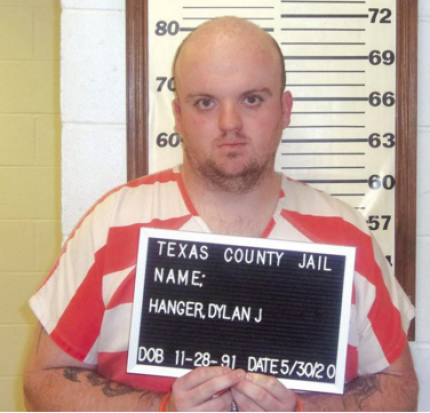 Dylan Hanger, 28, is charged with second-degree murder and tampering with evidence in connection with the murder of his estranged wife, Brittany Gorman, and the disposal of her body in the Mark Twain National Forest near Dora. Hanger initially denied any involvement in Gorman’s disappearance, but he later reportedly confessed to the crimes and led officers to Gorman’s remains.

The remains, found near a remote trailhead off CC Highway in the Mark Twain National Forest near the Ozark/Howell County line, are believed to be those of 29-year-old Brittany Gorman.

“The tragic outcome of this investigation is not what I had hoped and prayed for since Brittany was reported missing,” Texas County Sheriff Scott Lindsey said in a press release following the discovery of the remains Saturday. “I want to commend the investigative team of deputies, National Park Service special agents and rangers, Missouri State Highway Patrol investigators and surrounding law enforcement agencies that worked extensively over the past ten days to find Brittany and ultimately seek justice on her behalf. I am also thankful to the public for providing information to the investigative team throughout the process.”

Dylan Hanger, 28, of Mountain View, has been charged in Texas County Court with second-degree murder for killing Gorman and tampering with physical evidence in connection with moving the body to Ozark County in an apparent attempt to hide it in the remote national forest location. He was scheduled for an arraignment hearing Monday. Details of the hearing were not available at press time. According to court documents, Hanger was Gorman’s estranged husband. It’s believed that they had children together.

A missing person, an unoccupied truck and two pools of blood

According to the probable cause statement filed in the case, the NPS Investigative Unit, MSHP and Texas County Sheriff’s Office initiated a joint investigation into the disappearance of Brittany K. Gorman (Hanger) after her unoccupied pickup was found at 1:30 p.m. Thursday, May 21, at the Buck Hollow access of the Jacks Fork River, in Texas County north of Mountain View. The access, located within the Ozark National Scenic Riverway, is about 55 miles away from where the body was found in Ozark County.

Officers found two large pools of blood on the ground near the driver’s side front of Gorman’s unoccupied vehicle, the statement says. A pair of eyeglasses that Gorman frequently wore was lying beside one pool of blood.

During the course of the investigation, officers determined that Gorman was last seen at a gas station in Mountain View on Wednesday, May 20, and her estranged husband, Dylan Hanger, was the last person to see her.

Investigators interviewed Hanger about Gorman’s disappearance on Friday, May 22, and he reportedly told officers he’d met Gorman at the gas station to give her money, and that was the last time he’d seen her.

Investigators with the National Park Service interviewed three other witnesses who each reportedly told officers they had been at the Buck Hollow access at 8 p.m.  May 20 and saw Hanger standing near the passenger’s side door of Gorman’s truck without a shirt on. The witnesses reportedly told officers they drove toward Hanger, and when Hanger saw them approaching, he quickly walked to a white Chevrolet Trailblazer and sped away.

Because the witnesses’ statements didn’t align with information Hanger told officers during his interview, Hanger was called back in for a second interview with officers, which was conducted at 3 p.m. Saturday, May 30.

A confession leads to a body

During the second interview, Hanger initially denied being involved with Gorman’s disappearance; however, after extended questioning, he reportedly told officers he and Gorman had a physical altercation at the Buck Hollow access.

Hanger told officers he kept Gorman in the choke hold for one to two minutes after they fell to the ground, the report says.

He said when he realized Gorman was dead, he loaded her body into the back of the white Trailblazer and left the area. Hanger told officers he drove to West Plains and turned west onto Highway CC, driving for several more miles before he stopped and dumped Gorman’s body in a wooded area of the national forest. He agreed to lead officers to the body.

He reportedly told officers to pull into a gravel “turn around spot” within the Mark Twain National Forest, located on the first trailhead on the right (north) side of CC Highway, after officers crossed into Ozark County from Howell County.

Hanger then led officers approximately 30 yards off the road, where Gorman’s partially decomposed remains were lying in a wooded area.

Hanger was arrested and secured in a patrol vehicle while the crime scene was processed. He told officers he threw the knife used in the altercation somewhere in a ditch in Howell or Ozark County. It is unclear if the knife has been recovered.

At 9:45 p.m. Thursday, May 21, the day Gorman’s pickup was found, her sister Megan Lynn made a Facebook post with Gorman’s photo and the caption: “…If anyone has talked to or seen my sister Brittany Gorman within the last 24 hours, please contact me. Thank you.”

Hanger also shared another post made by Gorman’s sister the following day:

“As of right now we have no new information on my missing sister, Brittany Gorman at this time. Yes, her vehicle was found at Buck Hollow with her belongings in it and blood on the ground outside of her vehicle. Yes, people have [come] forward saying they have seen her walking up the road with several descriptions. No one knows for sure if it was Brittany at this time. Please keep rumors [aside] so we can have a clear investigation. We have great Law Enforcement and Special Agents who are working tirelessly together on her missing persons case. So please send any information to the tip line of 888-692-1162 or message me. The smallest detail counts. Thank you to everyone who has gave tips and has searched for Brittany. We as her family greatly appreciate it. Please keep praying for her and that we find her. Thank you.”

Hanger posted a photo of four children watching TV on May 26, five days after Gorman went missing, saying, “To help keep [their] minds off of all the craziness that’s been happening, we are having a movie night… little bit of popcorn and a new cartoon put their minds at ease.” He later responded to his post with a comment, “Just a fyi the movie onward is actually pretty darn cute.”

No information has been released as to why Hanger allegedly disposed of the body near Dora, but Hanger’s Facebook profile page indicates he was in a relationship with another woman who had formerly attended Dora School. So, he might have been familiar with the area.