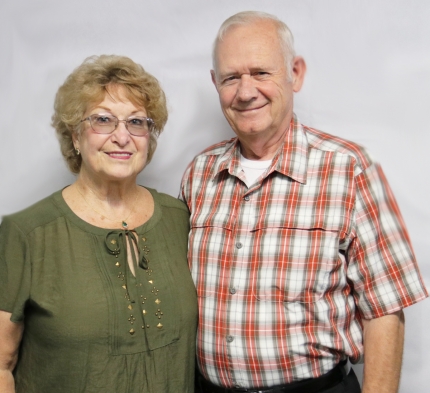 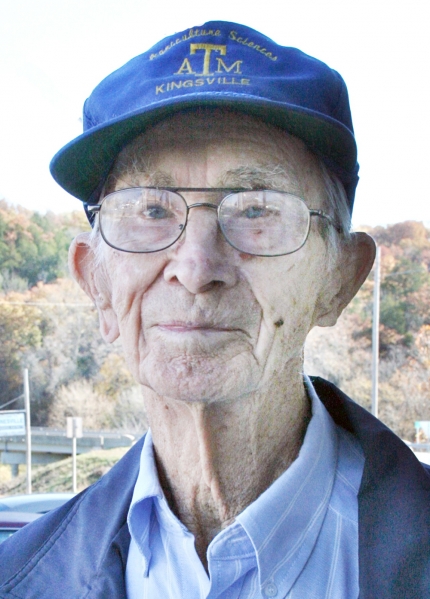 Barney Douglas The Gainesville Lions Club’s Citizen of the Year award is named for the late Barney Douglas in honor of his many years of service as a dedicated volunteer in Ozark County.

Wayne and Doris Sayles, this year’s honorees as the 2018 Barney Douglas Citizens of the Year, have done a lot of good things for their adopted hometown. And it all began in 1993 with the most casual and unplanned of life-changing decisions.

After retiring from the Air Force, Wayne returned to his home state of Wisconsin, earned a master’s degree in art history and founded an international magazine for students and collectors of ancient art.  On a whim, he decided to drive south – to Fort Smith, Arkansas, as far as he thought he could make it in one day.  He was on his way, traveling west on I-44, planning to head south on Highway 65 at Springfield, when, as he approached the Highway 5 exit near Lebanon, he heard a voice saying, “This is your turn.”

Recalling that moment, Wayne said, “There was nobody else in the car, but I heard that voice. I pulled off the road, thinking my mind was playing tricks on me. I started to pull back on the road, but I heard that same voice saying, ‘This is your turn.’ I stopped again, got out my map, and decided to go down Highway 5 to 160, turn right and go to 65 to get to Fort Smith.”

He made his way down Highway 5, and when he got to the intersection of Highways 5 and 160 in Gainesville, Wayne saw Lee Taylor’s sign for Ozark Investment Realty. Out of curiosity, he stopped at the office.

“Lee and I hit it off right away,” Wayne said. “I asked, ‘What kind of property do you sell?’ and Lee said, ‘What kind do you like?’ I told him that I like hills, rocks and water, to which Lee replied, ‘We have some of that.’”

Lee took Wayne out in his Jeep, and Wayne liked the first place they visited. In fact, he went right back to the office with Lee and bought it.

That night, Wayne slept in his car on his newly acquired 20-acre property. The next morning, he walked around his land and saw a clearing just past an old, downed fence. He felt inexplicably drawn to the site just beyond the fence.

“I walked to that clearing, and I knew at that moment this was the spot. It was the place I belong, that spot on the hill,” he said. Wayne asked Lee Taylor about the property that adjoined his, the clearing with the spectacular view. Lee told him Don Rackley owned it. By the end of his second day here, Wayne owned two 20-acres parcels.

He returned home to Wisconsin but visited his Ozark County land whenever he could.

In 1995, he reconnected with Doris Tobalske, someone he had known during his Air Force career when he and Doris’ husband had worked together. By the time Wayne discovered Ozark County, both Wayne and his wife, and Doris and her husband, had divorced. A Christmas card from Doris, who was then working for Armed Forces Insurance in Lansing, Kansas, “prompted a dialogue,” said Wayne. That dialogue eventually led to marriage – and later, a new life together in Ozark County.

They were married on the land Wayne had bought a few years earlier – at a house they had started building together. Ninety-five guests celebrated with them, most of them friends who came from coast-to-coast. One couple even came from France. Jimmy Kyle officiated at the ceremony, and Ron Yarger sang the “Wedding Song” as Doris’s two sons, Bret and Bart Tobalske, walked her down the aisle. Big Creek Bluegrass Band entertained at the reception as the VFW post in Isabella catered a meal of pulled pork and all the fixings.

There is much more to the Sayleses’ story than we have space to share here. But here’s a quick summary of the fruit of their 20-plus years in Ozark County: With the help of Wayne’s son, Scott, they have restored and renovated seven Gainesville buildings, including the former City Hall building at Harlin Drive and Fourth Street that now houses the 416th Bomb Group Archive, which honors four squadrons of veterans who served in World War II. The service records, stories and memorabilia of many of the veterans who served in the 416th are preserved in the archive, which has hosted several reunions of the surviving members and their families and also hosts local school-group visits. (See more about the archive at 416th.com.) Doris and Wayne have also become close and supportive friends with Ozark County’s current West Point cadet, Taylor Brooks from Dora.

They have restored the old stone jail next door to the archive on Harlin Drive, and they also renovated a duplex across the street from the jail, which now serves as rental property.

For a couple of years, Doris operated a tea room, “Tea Time with Doris” in a house they renovated across the street from the Gainesville post office. When health issues forced her to close the tea room, she reopened the site as the House of Angels and Christmas Corner store, offering angelic decor and creative Christmas items. That store has now moved into another building they have renovated on the southwest corner of the square – across Third Street from three other storefront buildings they also own and have renovated to serve as office and meeting spaces for rent.

They are active members of the Gainesville Lions Club, and Doris serves as treasurer of the Ozark County Long-Term Recovery Committee, which helps those impacted by catastrophic loss, including the floods of 2017. Wayne donated his time to help the committee obtain recognition as a 501(c)3 nonprofit organization.

Wayne and Doris say they’re honored to be named the Barney Douglas Citizens of the Year, and they express thanks to all who made it possible. “If you look back at the list of people who’ve been honored with this award, going back to Barney Douglas, the depth of their accomplishments is amazing,” Wayne said. “When I look at that list, I don’t know how we got on it.”

They are at home here, well known and respected by all who know their good deeds. “Wayne won’t go shopping with me because I know too many people and stop to chat,” Doris said.

Wayne adds, “I do feel this is home. I never have the slightest desire to find a different place to live.”