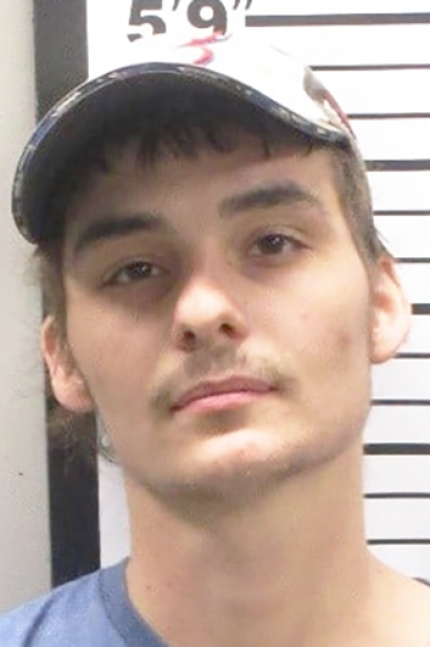 Wasola resident Newt Souder pleaded guilty on March 17 to the class D felony of tampering with a motor vehicle. The plea before Circuit Judge Craig Carter in Douglas County Court was made in connection with an incident in which Souder reportedly stole an Ozark County pickup truck last year.

He was given a suspended imposition of sentence and placed on supervised probation for five years. He was also ordered to pay $880 in restitution.

The caller said the vehicle, an 80s model two-tone red-and-silver Chevrolet Scottsdale pickup, had been stolen from Gainesville resident Terry Freize. Wallace wrote in the report that he had been notified by the Ozark County Sheriff’s Department prior to the call that the truck had been stolen, so he was familiar with the vehicle.

Wallace went to the home, located on Fleetwood Street in Ava, and saw a truck matching the description of the stolen vehicle parked in the front yard.

At the home, Wallace met with a woman who lived  there. When the officer asked about the truck, the woman reportedly said that Souder had brought the truck to their home two nights before. She said she was asleep at the time, but her boyfriend was awake and had spoken with Souder.

When Wallace radioed a dispatcher with the VIN number for the vehicle, the dispatcher responded that the VIN  matched a stolen vehicle registered to Donald Hendershot of Gainesville. The report says that Freize had bought the truck from Hendershot but had not registered the vehicle in his name before it was stolen.

While the officer was speaking with the woman, her boyfriend returned home. When Wallace asked him about the truck, the boyfriend also said that Souder had come to their home two nights before and asked to stay the night. He said Souder told him he’d bought the truck for $500, but he hadn’t said who he bought it from.

The man reportedly said that when he awoke the next morning, Souder was gone. The man gave the officer permission to look through his home and property for Souder, but the suspect was not found, the report says.

Wallace and Douglas County Sheriff Chris DeGase processed the vehicle. The man at the residence told the officers that Souder had popped the hood because a belt had come off the truck and he was trying to fix it. Fingerprints obtained from the hood were sent to the Missouri State Highway Patrol’s crime laboratory for analysis. A can of starter fluid found inside the truck was seized as evidence.

The vehicle was towed to an Ava body shop, and Ozark County officers were informed of the situation.