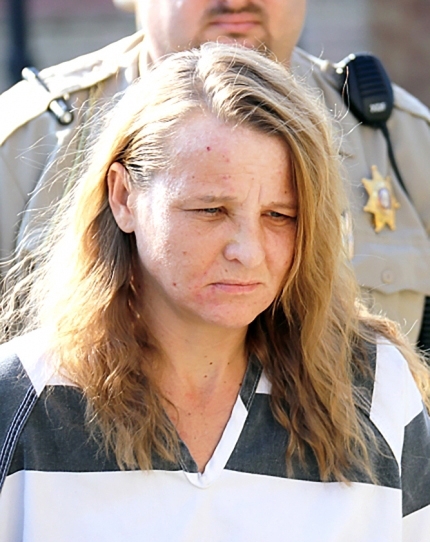 The Missouri Supreme Court has ruled that a taped audio recording made by Theodosia resident Rebecca Ruud, who is charged with murdering her 16-year-old daughter Savannah Leckie in 2017 and disposing of the girl’s body, is admissible as evidence.

The decision was announced in a Nov. 9 press release from the court that says:

“…Rudd’s recorded conversation with the public defender’s staff  members constitutes privileged attorney-client communication. Rudd was represented by the  public defender’s office at the time of the meeting and, although the staff members were not  attorneys, the privilege extends to communications between clients and necessary agents of the  attorney. The fact that Rudd recorded the conversation did not affect the confidential nature of  the meeting because she had no reason to believe the conversation was anything but private. . . .

“Rudd waived the attorney-client privilege, however, by voluntarily disclosing the recording  to her co-defendant and husband, Robert Peat Jr., a third party. The record reflects that Rudd consciously gave the unsealed box and all of its contents to Peat to store before the trip with no indication she intended the box’s contents to  remain private or secret. Handing over the recording in this manner constituted a voluntary disclosure of the information to a third party, thereby waiving any privilege.”

The prosecution team traveled to Jefferson City Sept. 29 to argue the issue before the Missouri Supreme Court that the recording should be allowed.

Missouri Public Defenders Kate Welborn and Yvette Renee Duvall argued against using the recording on behalf of Circuit Judge Craig Holden, who is assigned to the case. Holden was not at the Supreme Court hearing.

The recording in question reportedly includes what is believed to be a conversation between Ruud and Missouri Public Defender investigator Nina Lane and legal assistant Kathy Holder. Ruud is said to have secretly taped the discussion she had with the investigator at an in-person meeting on Aug. 11, 2017. Former reports and court documents filed in the case previously have mentioned that the recording was made of a phone interview, but the defense team clarified the issue during their argument at the most recent Supreme Court hearing.

It’s unclear what, exactly, the conversation reveals, but Peat allegedly told officials he had listened to part of the recording, and in it, he said, Ruud reportedly admits to some of the allegations against her.

Peat’s attorney, James Hayes, a private, Springfield-based lawyer who has been contracted to work on behalf of the Missouri Public Defender’s Office, reportedly contacted the prosecution in December 2019.

In January 2020, Hayes and Peat met with Garrabrant and an Ozark County Sheriff’s deputy at the prosecutor’s office in Gainesville. Upon arrival, Hayes told Garrabrant that, based on the nature of what Peat intended to disclose, Hayes had an ethical issue to address it. He reportedly asked to reschedule the proffer for a later date.

Peat said the recorder was in a box of miscellaneous items Ruud had given Peat to “put up,” and the box was given to him while the couple were married. Peat and Ruud were married Aug. 4, 2017, the same day officers reportedly found human remains in a burn pile on Ruud’s farm. The remains were later determined to be those of a human with a small stature consistent with a teen about Savannah’s age.

Peat reportedly told the officer that the box remained undisturbed in a bedroom at his parents’ house until November or December 2019, two and a half years after Ruud gave it to him. He said he was unaware that the recording was inside the box.

Collins asked Peat to surrender the recorder to him, and Peat did so in the presence of his attorney. It remains in the possession of the Ozark County Sheriff’s Department, the statement says. Collins and former Ozark County Deputy Cpl. Curtis Dobbs have listened to the recording, documents filed with the Supreme Court indicate.

The recorded conversation occurred before the public defender represented Ruud, and the conversation was recorded without the knowledge or permission of Lane or Holder, the document says.

The digital audio recorder has reportedly remained in OCSD possession since it was surrendered and has not been copied to any other medium. No investigative reports, written or oral, have been prepared regarding its contents, other than what was related by Peat in his proffer.

On Sept. 20, 2017, an Ozark County grand jury indicted Ruud and Peat on charges of first-degree murder, second-degree murder, abuse or neglect of a child resulting in death, abandonment of a corpse and tampering with physical evidence in a felony. Ruud has been in custody since then, but Peat was released on his own recognizance in July 2018. Peat’s next court appearance isn’t scheduled yet and probably won’t be set until after Ruud’s trial.